I’m a registered dietitian nutritionist, and I’ve been passionate about healthy food, family nutrition, and vibrant living for over 30 years. Helping you, your family, and the people around you discover the joy of wholesome and delicious food is not just my job—it’s my mission.

I have two grown boys—Josh and Simon—and for years, I was up to my elbows tackling the daily grind of packing lunches, making endless visits to the grocery store, planning meals, and managing fussy eating. But I’m reporting here that the journey was fun and fulfilling, and my boys grew up to be adventurous eaters. Five family cookbooks later plus free recipes, online resources, and hundreds of podcast episodes, my boys have flown the coop and I’ve shifted my culinary and nutrition focus to a topic that’s near and dear to my heart and something we all need: longevity!

Living an anti-aging lifestyle is all about moving our bodies more and choosing foods that fight conditions like heart disease and cancer, bolster brain health, and sharpen vision. To that end, I always try to practice what I preach. I walk (almost) every day, do yoga, and ride the stationary bike. I have a real food philosophy, which is all about adding food groups to the diet, not taking them away. No deprivation. I crave simplicity, colorful fruits and vegetables, and easy-to-find everyday ingredients that make mealtime a breeze.

A bit about my background: After four years as an undergrad at the University of Rhode Island and a dietetic internship at the Oregon Health Sciences University, in 2004 I partnered with a friend to create Meal Makeover Moms, which received an incredible response from families and fellow health professionals and even won the 2015 Media Excellence Award from the Academy of Nutrition and Dietetics! We retired that site in 2017, and that’s when Liz’s Healthy Table was launched. 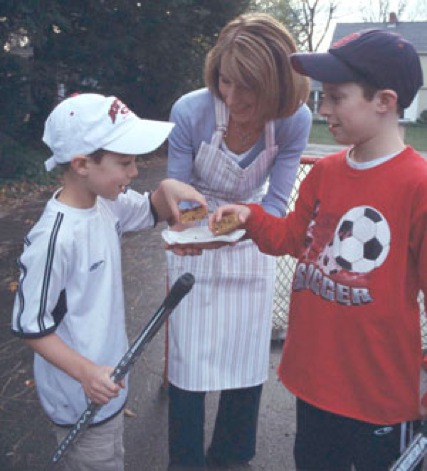 Prior to my life as an author, blogger, and podcaster, I spent years reporting on nutrition and health for CNN. After leaving the network, I created a series of 50 Meal Makeovers cooking videos for their Accent Health doctor’s office channel.

I’ve done a lot of live television too, including appearances as an expert or spokesperson on NBC’s Today show, CNN Headline News, the Food Network, and NBC’s The Hub Today in Boston, and I love hosting cooking demonstrations and speaking to fellow health professionals about food blogging, how to host a cooking demo, and tips for creating winning recipes.

I received my undergraduate degree in Nutrition and Dietetics from the University of Rhode Island and my Master of Science degree in Nutrition Communications from Boston University, and I completed the professional Chef’s Program at the Cambridge School of Culinary Arts in Cambridge, Massachusetts. I’m a member of the Academy of Nutrition and Dietetics (AND) and two of their practice groups: Food & Culinary Professionals and Nutrition Entrepreneurs.

Finally, my husband and I split our time between Boston and Nantucket, Massachusetts.