Raise your hand if you crave fast weeknight dinners that are easy, nourishing, and require little to no cleanup. This foil-pack dinner recipe for Cod, Carrot & Green Bean Foil Packets fits the bill. It calls for mild-flavored cod (any other firm white fish or even salmon would work just as well), baby carrots, French green beans, Soyaki (a bottled Asian sauce I get at Trader Joe’s) and a zesty avocado topping made with lime zest, lime juice, cilantro, and plain Greek yogurt. 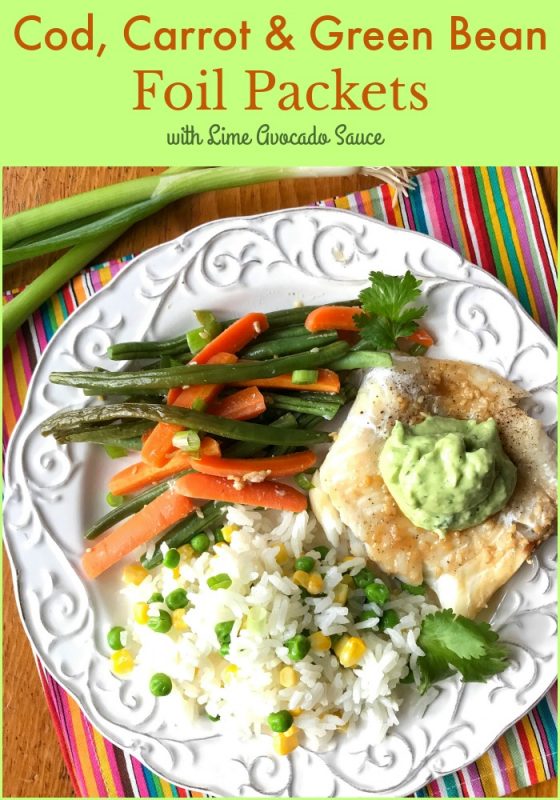 Cooking dinner in foil packets is a hot 2019 food trend according to the New York Times. I love the trend because it’s super easy, and cooking in packets lends itself to nutritious ingredients like seafood, chicken, and vegetables.

Foil-pack dinners are all the rage in 2019, so give this #recipe for Cod, Carrot & Green Bean Foil Packets with Lime Avocado Sauce a try. #Seafood2xWK #FoilPackDinners #FoilPackMeals

Hear all about the recipe on this week’s Liz’s Healthy Table podcast. 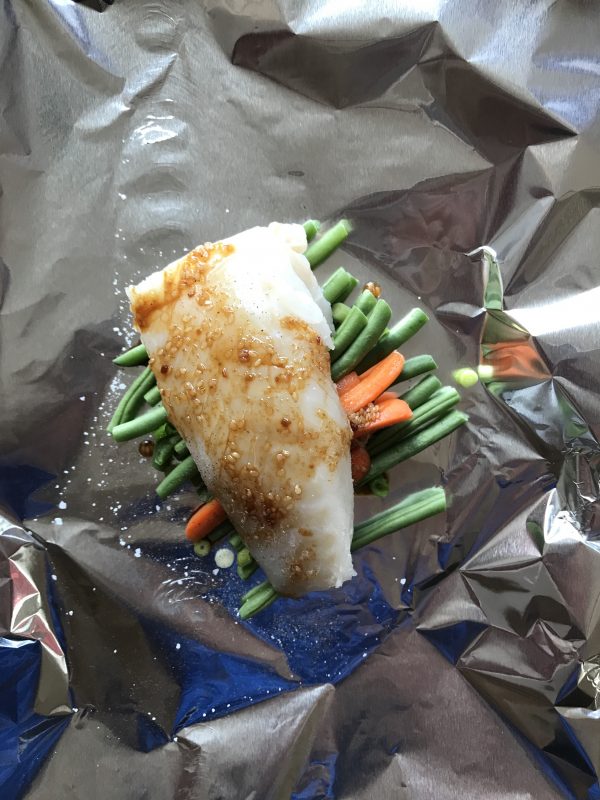 Cooking meals in a packet—also known by the French term, en papillote—may sound fancy, but it’s super simple and can easily be done at home. All it requires is placing your ingredients in the center of a piece of aluminum foil or parchment paper, wrapping everything up into individual packets, and then baking in the oven … or over a campfire. 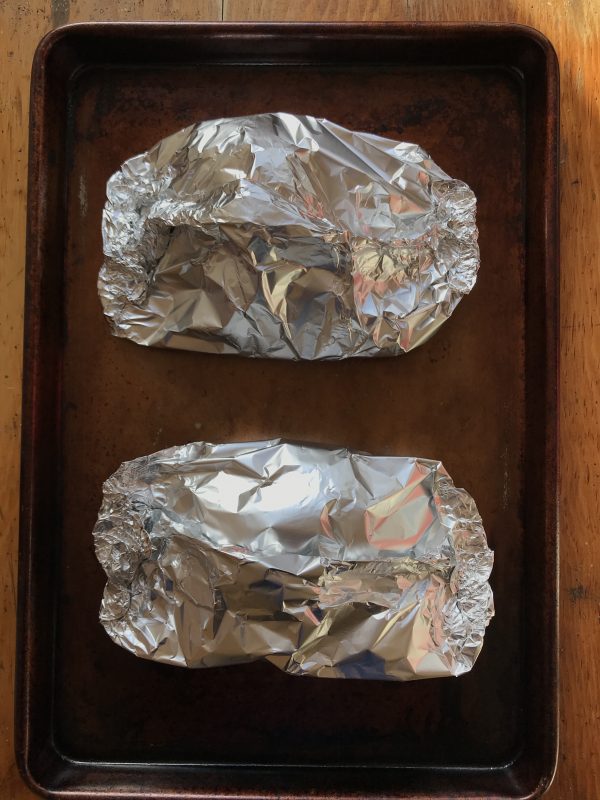 To close the packs, bring up the sides of the foil and fold over twice to double seal. Then seal the ends, making sure to leave a bit of room in the packets for the heat to circulate. Place the packets on a sheet pan or baking sheet, pop into the oven, and in less than 20 minutes, dinner is done. 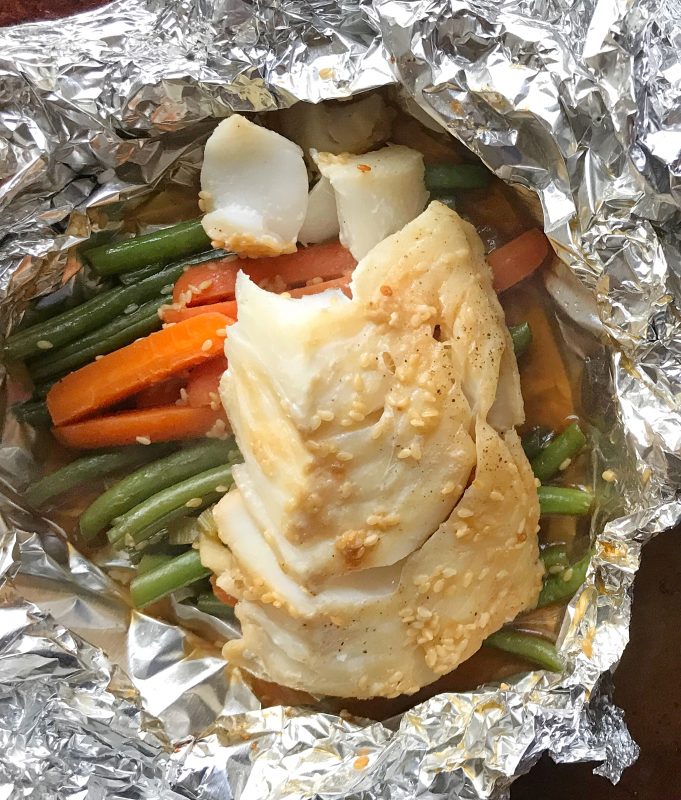 The versatility of foil pack dinners can’t be beat. Choose your favorite vegetables, protein, and sauce, and you’re good to go. 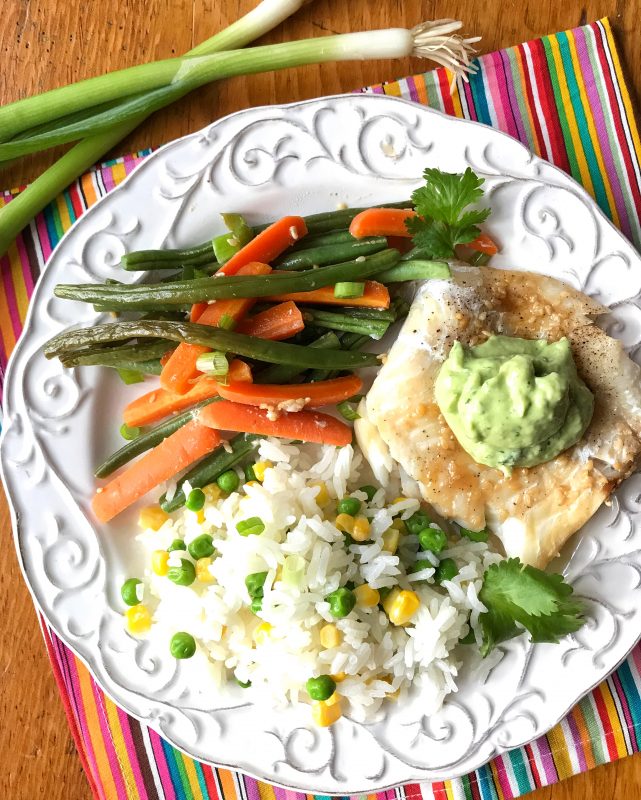 If you don't have a Trader Joe's in your area and can't find Soyaki, use teriyaki sauce and a sprinkle of sesame seeds instead. You can change up the flavor profile of this recipe entirely by using your favorite Italian vinaigrette instead of the teriyaki sauce and fresh basil or parsley instead of cilantro in the avocado sauce.
Ingredients
For the foil packets:
For the avocado sauce:
Instructions
For the Fish Packets:
To make the Avocado Sauce:
Notes
198% vitamin A per serving! Thank you carrots!!
3.5.3251
Be sure to check out my recipe roundup featuring a dozen other foil-pack dinners.

Love the recipe? PIN it! 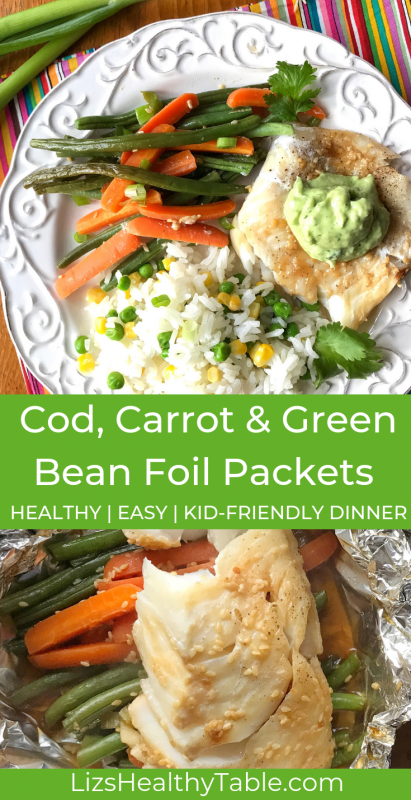 #ad June is Brain Health Month. I partnered with @

Have you ever cooked fresh fava beans? These littl

👩🏻‍🍳 This Apricot Almond Tart is one of

🥪 Here is one of my favorite recipes from the b