Have you seen Honeynut squash at the market this year? It’s a newcomer to the winter squash aisle. It’s been around for less than a decade, and you’l know it when you see it; Honeynut looks like a miniature version of butternut squash. When roasted, the flavor becomes intensely sweet and the color a bright golden orange. These squash are downright cute, and they’re perfect for roasting and stuffing. 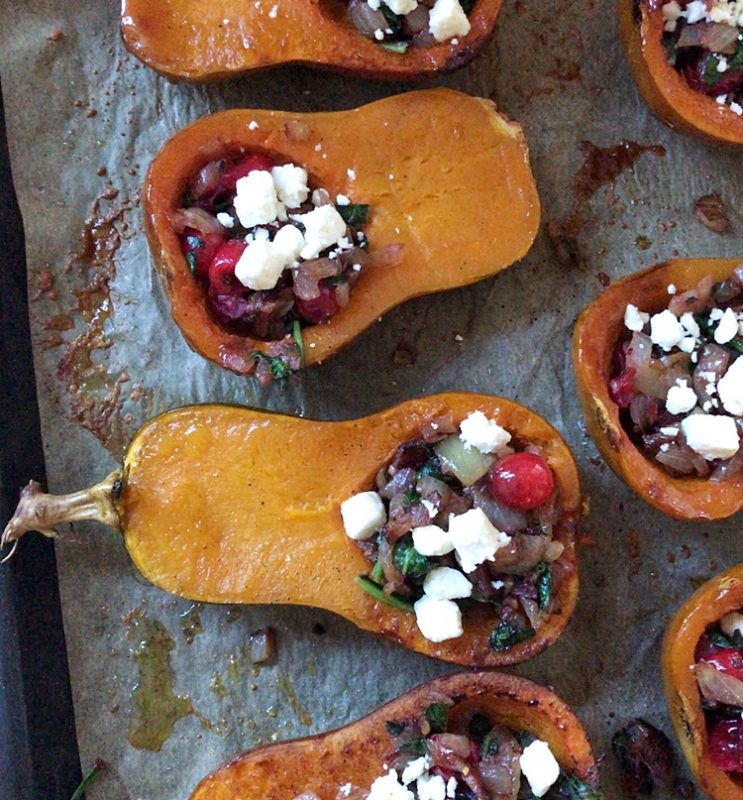 Honeynut squash is a lovely little gem of a vegetable, and for this recipe, I roast it first and then stuff with a sweet and savory mixture of caramelized onion, garlic, spinach, cranberries, brown sugar, and bacon. I adapted the recipe from my friends at Wilson Farm in Lexington, MA.

How to roast Honeynut squash + NEW #recipe for Honeynut Squash Stuffed w/ Caramelized Onion, Cranberries, Spinach and Bacon – Thanks for the inspiration @wilsonfarm 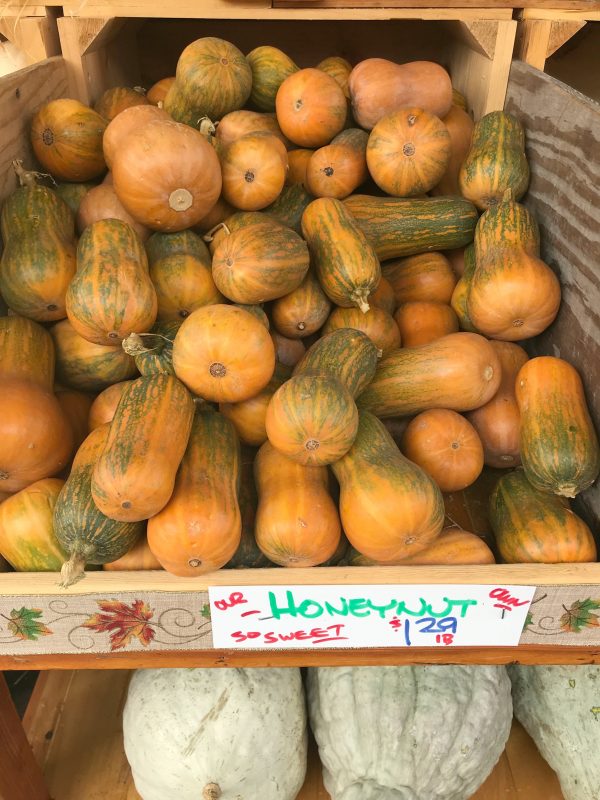 Wilson Farm carries a variety of squash. Honeynut is one of many including butternut, delicata, acorn, spaghetti, sugar pumpkins, buttercup, and dumpling.

Hear all about this recipe and my interview with Chef Raymond Ost from Wilson Farm on this week’s Winter Squash-themed podcast.

Here’s how you roast honeynut squash: Slice in half and scoop out the seeds. 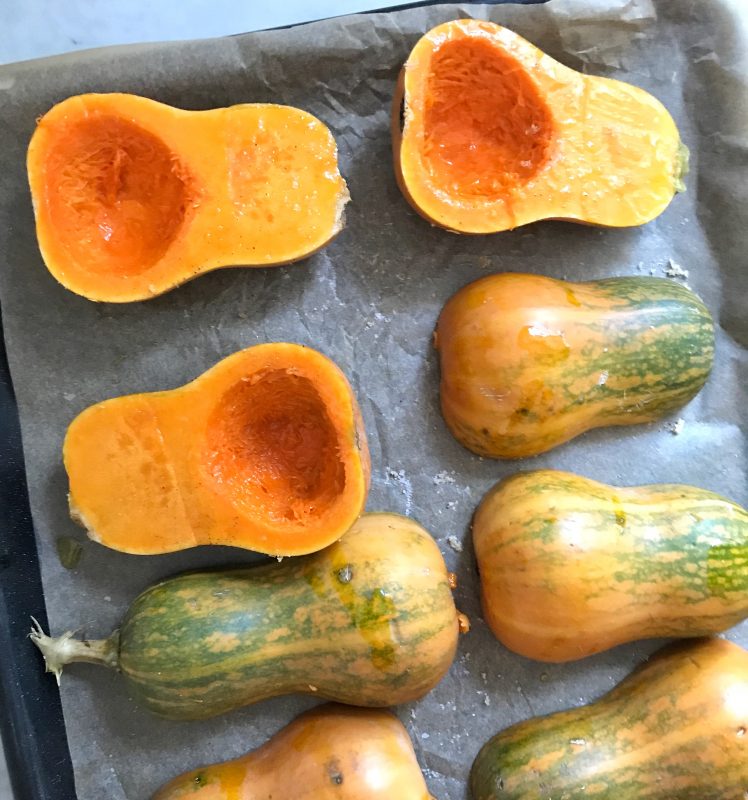 Brush the cut side of the squash halves with olive oil and sprinkle with kosher salt, pepper, and brown sugar. Turn over so the cut sides are down, and bake at 425°F until soft, about 25 minutes. 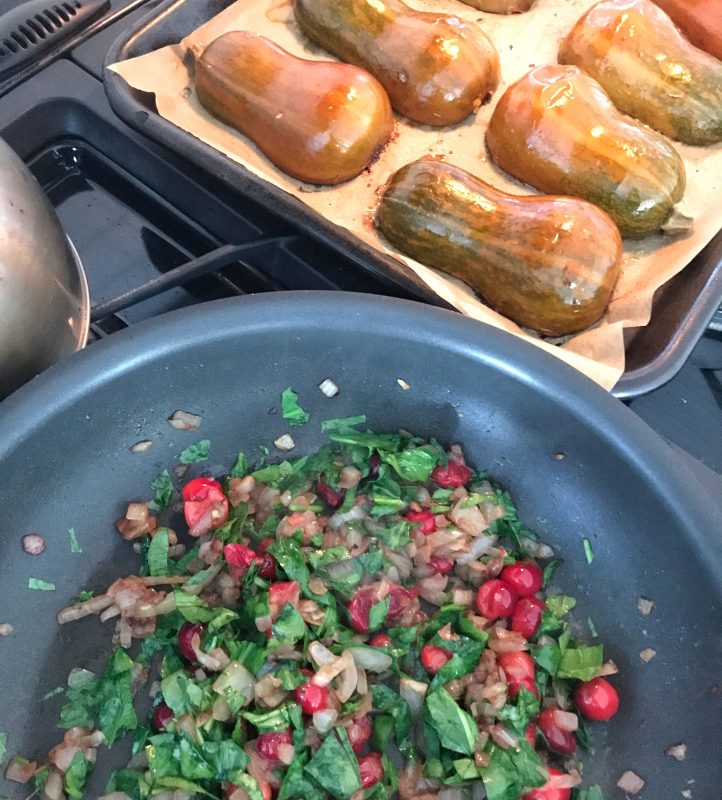 I love this recipe as a holiday side dish. You could certainly serve it as a main dish, but if you do, make sure everyone gets two halves.
Ingredients
Instructions
Notes
Honeynut squash may look like a mini version of butternut, but it's higher in beta-carotene, a precursor to vitamin A.
3.5.3251
Let me know if you try Honeynut squash and what you think of it. 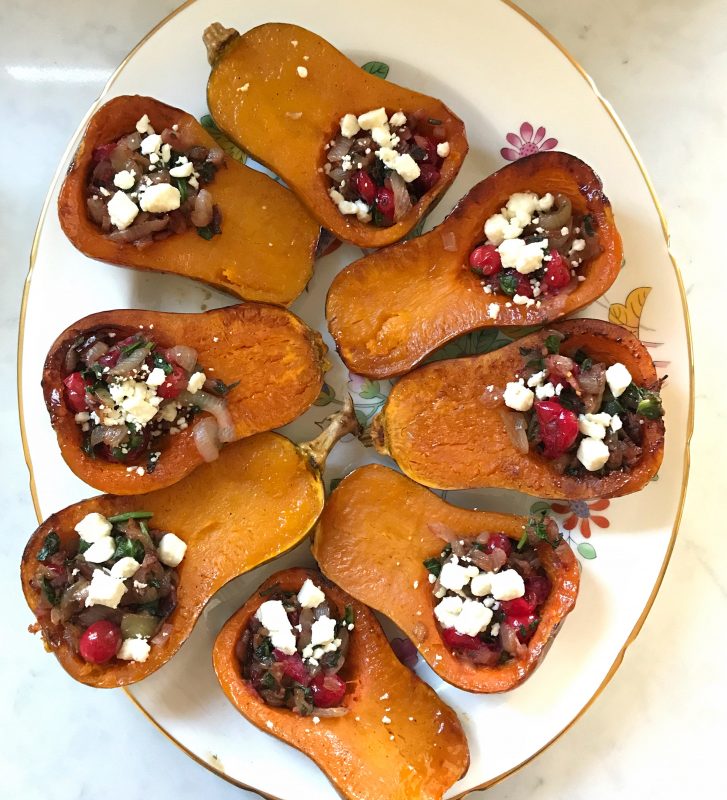 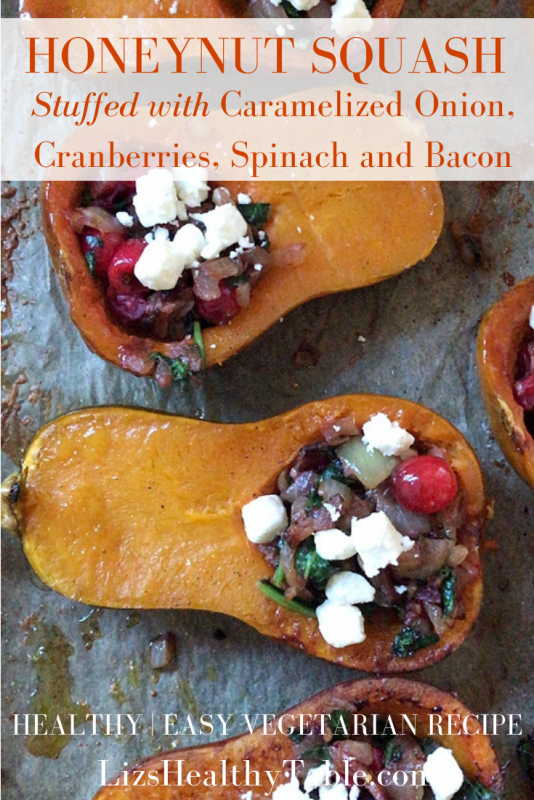