It’s summer (or as we like to say here in Boston, “summah”), which means fresh corn on the cob is a regular staple in my house. So when Sara Haas, RDN sent me a copy of her new cookbook, Taco! Taco! Taco! Over 100 Recipes for Everybody, the first recipe I decided to make was her Mexican Grilled Corn Tacos. 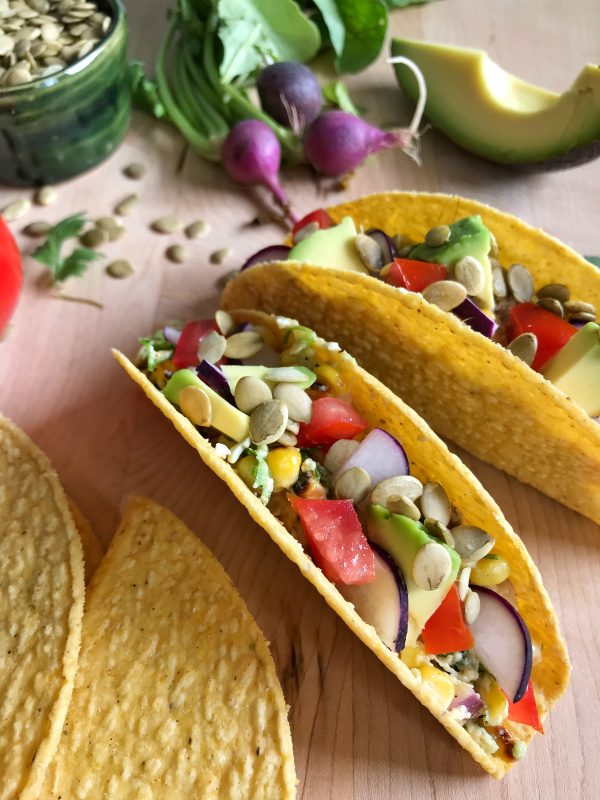 The tacos start with a crazy delicious sauce-and-corn filling made with avocado, mayonnaise, lime juice, chili pepper, salt, and pepper plus the kernels from 4 ears of grilled sweet corn, feta cheese, red onion and cilantro. 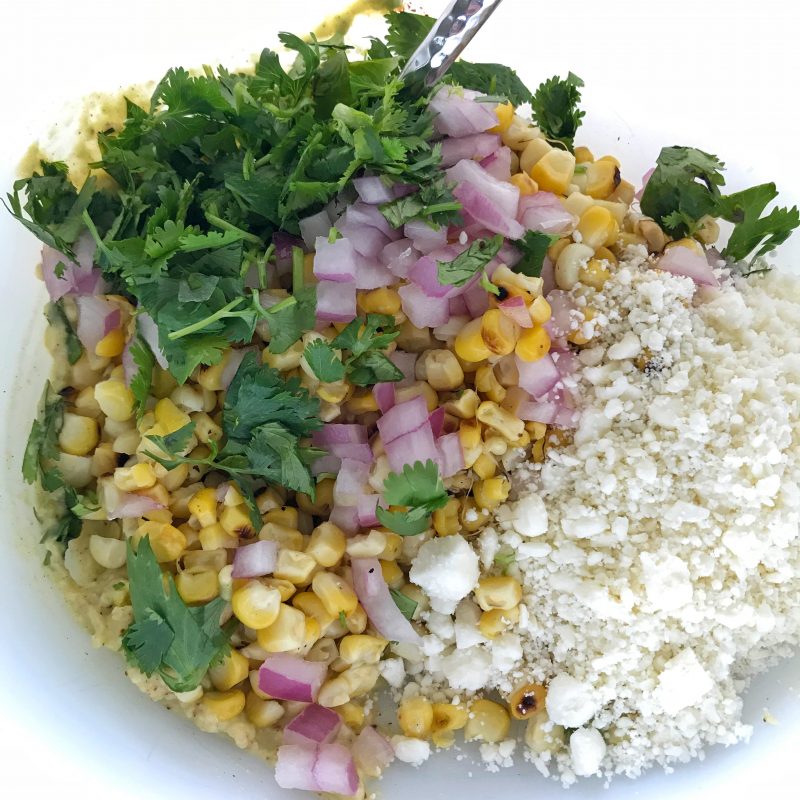 Raise your hand if you’re a fan of cilantro? I’m lucky, because everyone in my family loves it! 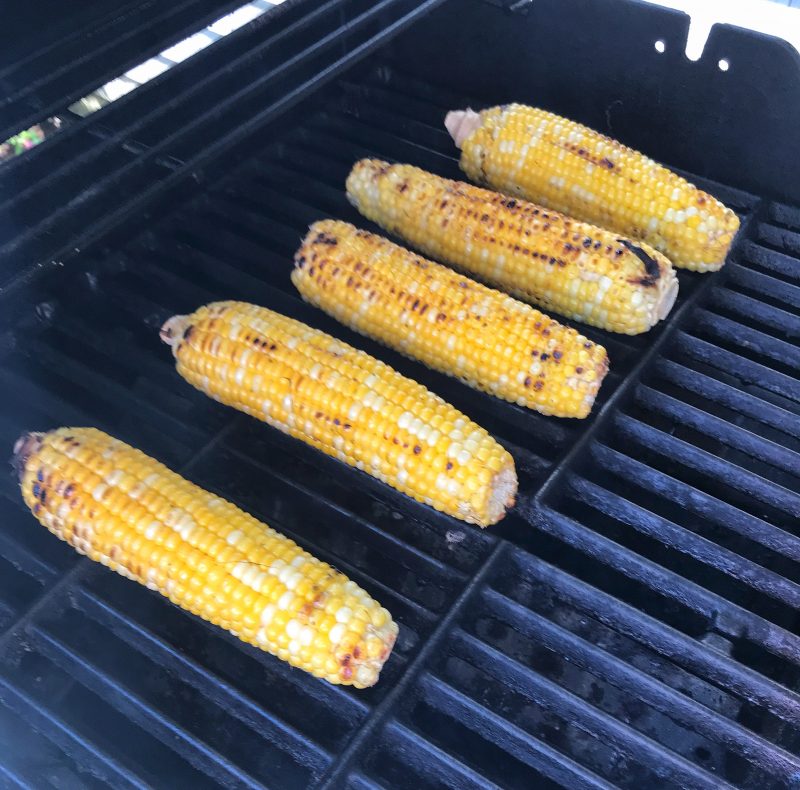 Don’t let grilled corn intimidate you. It’s actually quite easy. Sara walks you through the technique in her cookbook. Basically, you preheat your grill to medium-high, brush the corn cobs with oil, and then pop them on the grill. Turn the corn often for about 10 minutes until they’re cooked and slightly charred. Easy! 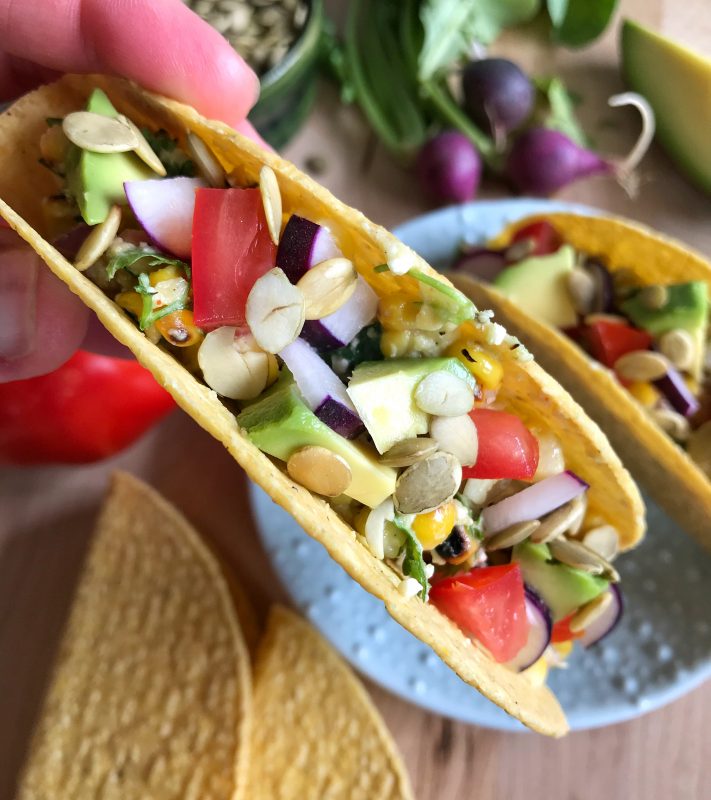 The taco toppings in this recipe really wow me as well. Sara calls for toasted pumpkin seeds, thinly sliced and slightly peppery radishes, and chopped tomatoes. 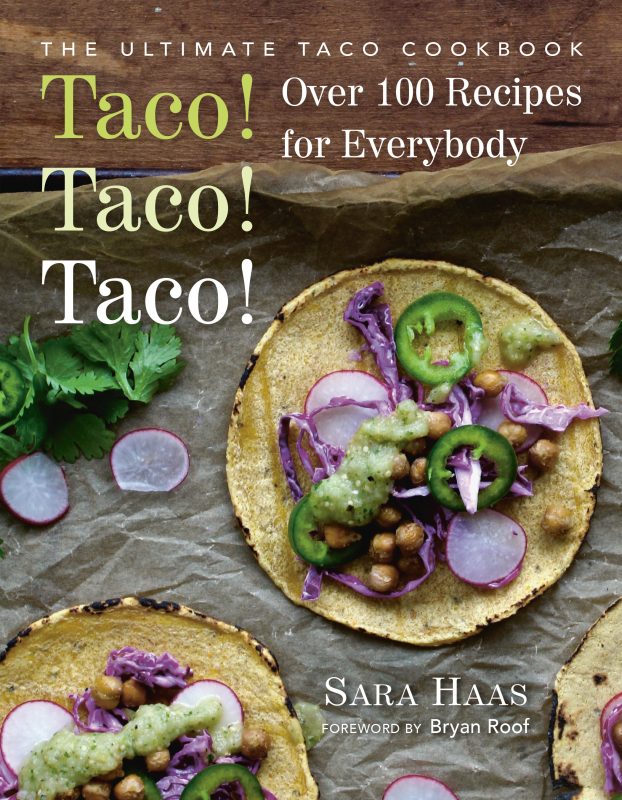 Want to learn how to make this recipe? Read on for the instructions, and if you’d like to enter for a chance to win a copy of Taco! Taco! Taco!, then head on over to the Show Notes from my podcast this week.

Tune in to hear my interview with Sara on this week’s Liz’s Healthy Table podcast. Just click the PLAY button below.

Here's what Sara has to say about why she created this recipe: "If you're lucky, you've tried elotes, or grilled ears of corn topped with mayo, chili powder, cheese, and a squeeze of lime juice. Delicious, right? Well, you know I had to make a taco out of that, so welcome to my taco version of elotes."
Ingredients
Instructions
3.5.3239
What’s your favorite taco recipe? Do tell! 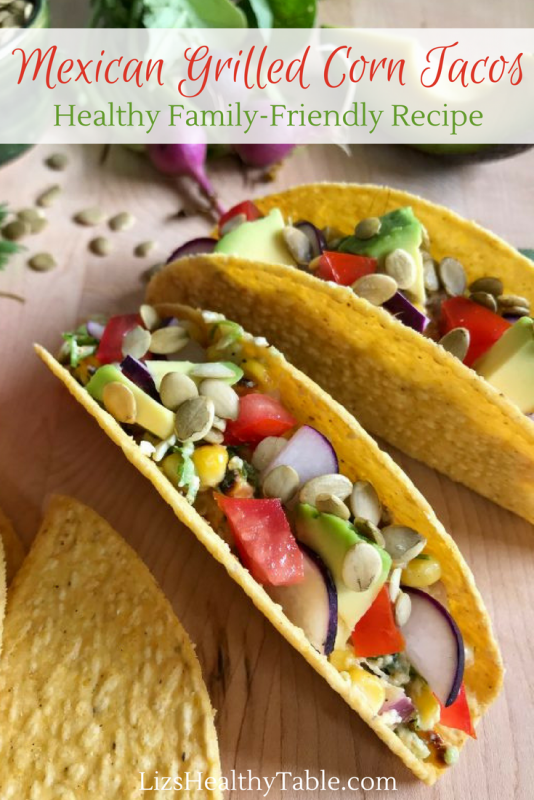