If you’ve resolved to eat more meatless meals in the New Year, try this easy-to-prepare quinoa bowl flavored with rosemary and orange zest and filled with dried fruit and protein-powered beans and nuts. 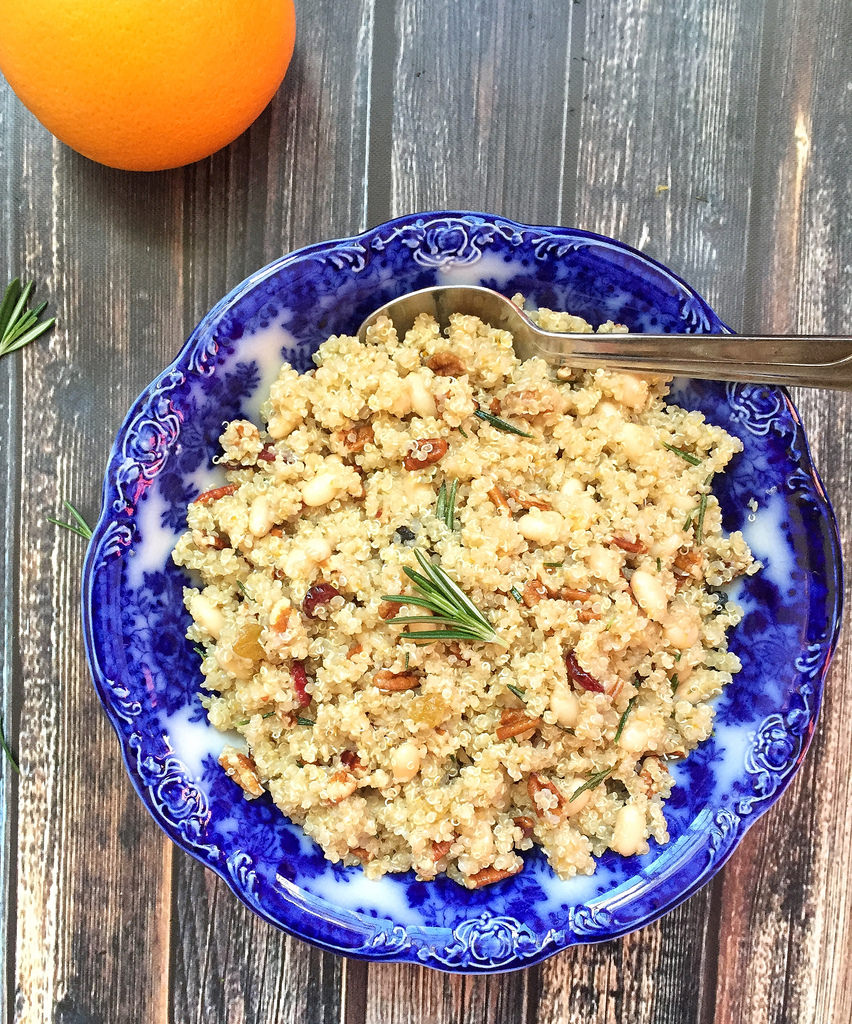 I’m susceptible to food obsessions. This year alone, I’ve obsessed over overnight oats, smoothie bowls, spaghetti squash, cauliflower hacks, and just about anything from the kitchens of Chef Yotam Ottolenghi. As for quinoa, it’s been an ongoing obsession, and now that Trader Joe’s sells frozen quinoa that’s ready to eat in less than four minutes, I’m mega obsessed right now. 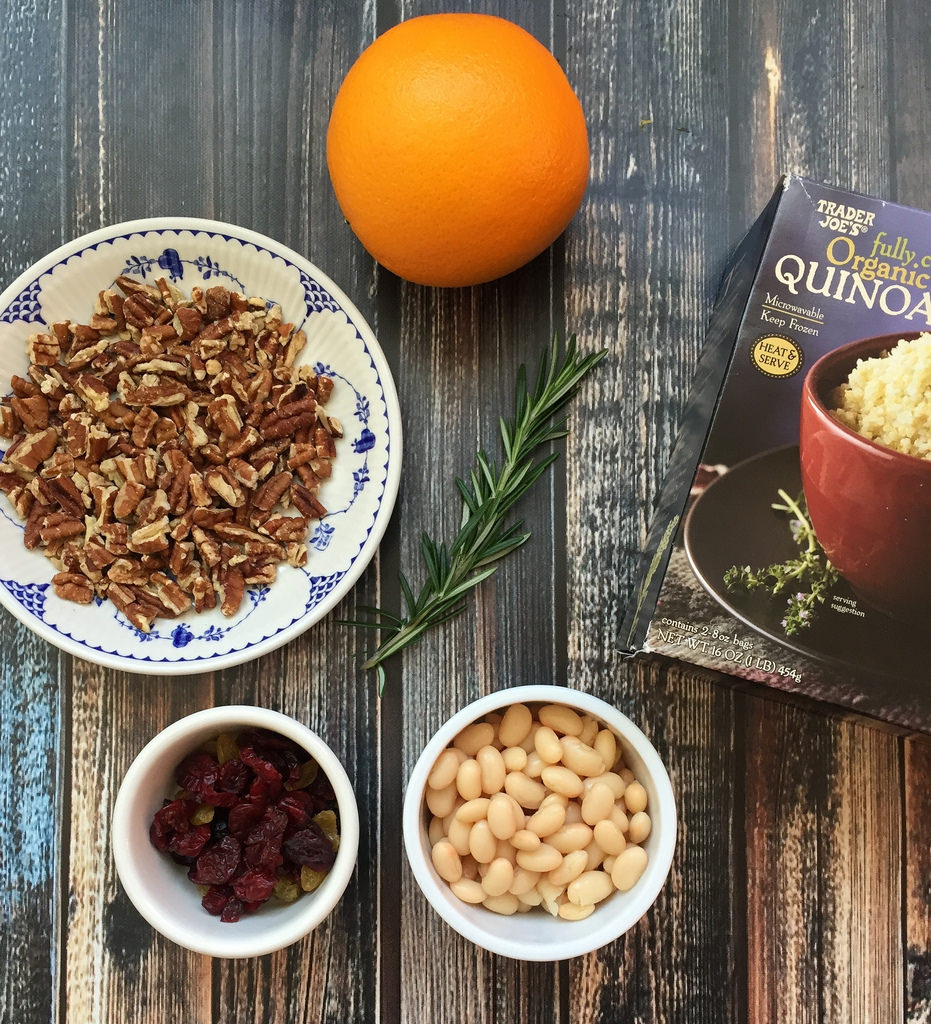 I’m all for convenience foods (bring on the frozen cooked quinoa in a pouch!), especially when they help me get healthy meals and sides on the table in a flash. With one fish-eating ‘vegetarian’ in my family, one growing teen, and a 20-year old who hasn’t mastered the art of cooking just yet and eats anything and everything I put in front of him (I’m still holding out hope that he’ll get the cooking bug), my new quinoa recipe was a fun addition to the table. 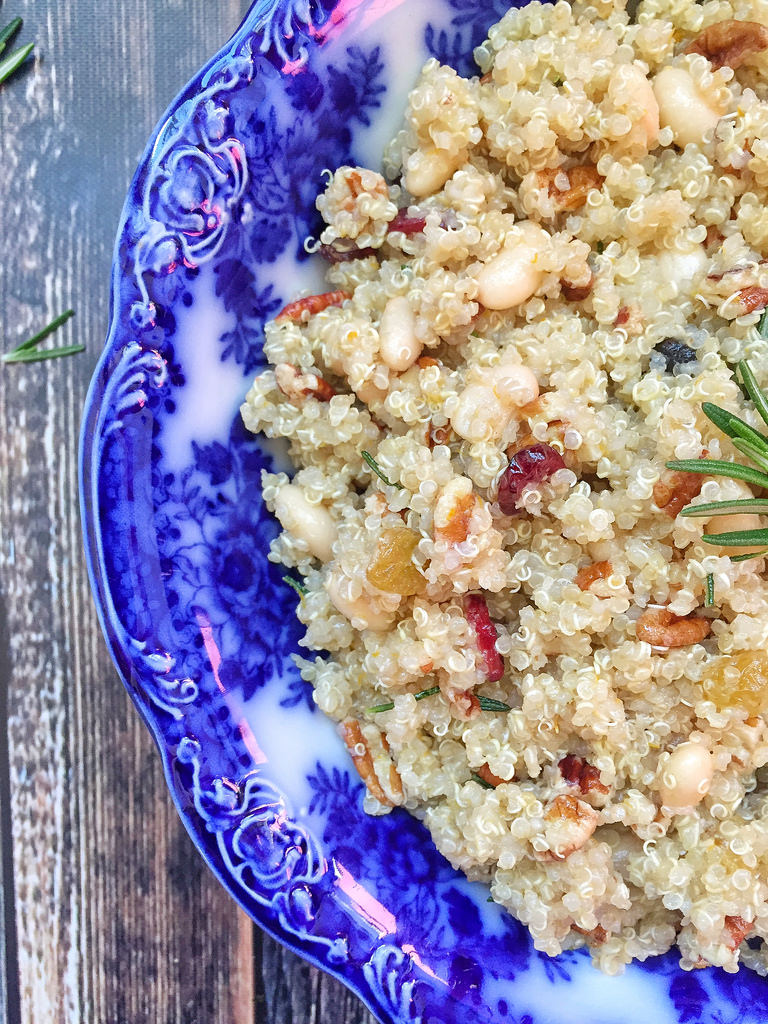 The flavor of quinoa is pretty mild, so I gave it a boost by adding some crispy rosemary. Read the recipe for my “fried” rosemary tip. 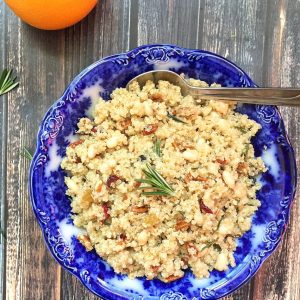 I love this recipe because it's so versatile. You can use any type of bean, nut, or dried fruit, and you can swap out the orange zest for lemon. Just play! The recipe makes 3½ cups; serve as a side dish for 6 people or a main dish for 4 people.
Ingredients
Instructions
3.5.3226

Buy now!
Instagram
Every Saturday in summer, I shop for fresh produce

I’m so thankful my sister and brother-in-law wer

I'm not a fan of "sneaking" fruits, vegetables, be

✳️ For kids who shy away from eating anything