There are many more to ways to savor sweet maple syrup beyond the traditional topping for pancakes. Try this sweet and spicy chicken soup for your next family dinner featuring vibrant flavors from pure maple syrup, crushed red chili flakes, and five-spice powder. 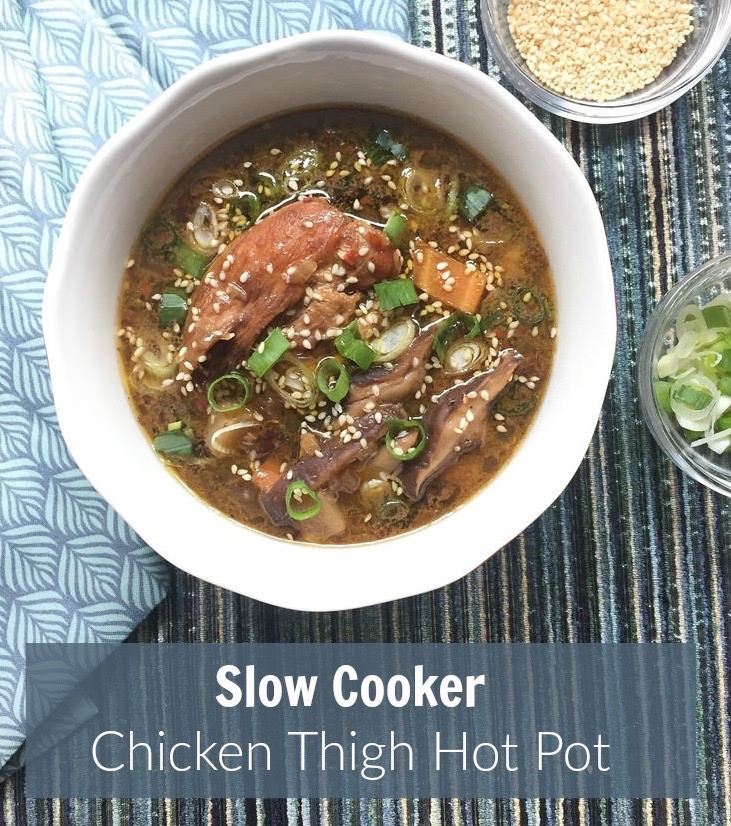 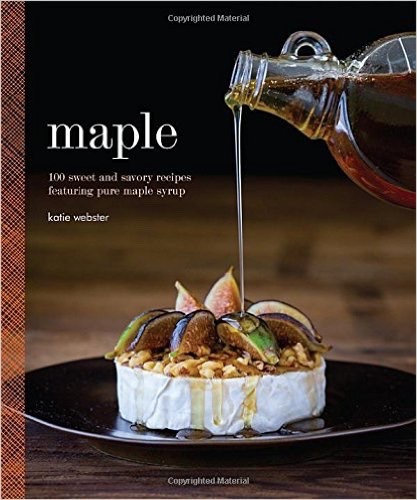 So when Maple: 100 Sweet and Savory Recipes Featuring Pure Maple Syrup (Quirk Books, 2015) by Katie Webster landed in my kitchen, I was more excited than two kids in a candy store as I poured through its sweet pages! 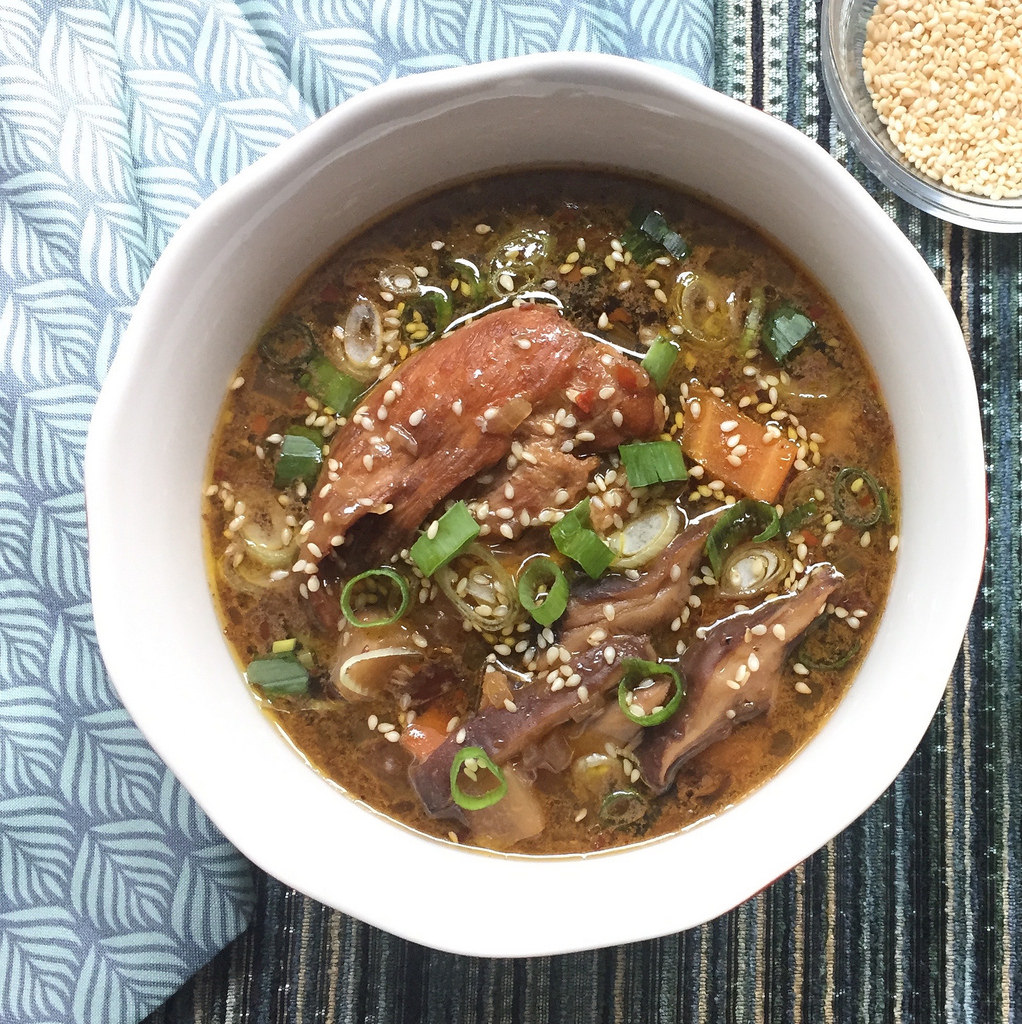 I did have a chance to make Katie’s recipe for Slow Cooker Chicken Thigh Hot Pot.

While I initially planned to make her Maple Carrot Cupcakes with Coconut Cream Cheese Frosting and Maple Ginger Roasted Salmon, the cooler New England weather beckoned me to give her slow cooker soup a try. 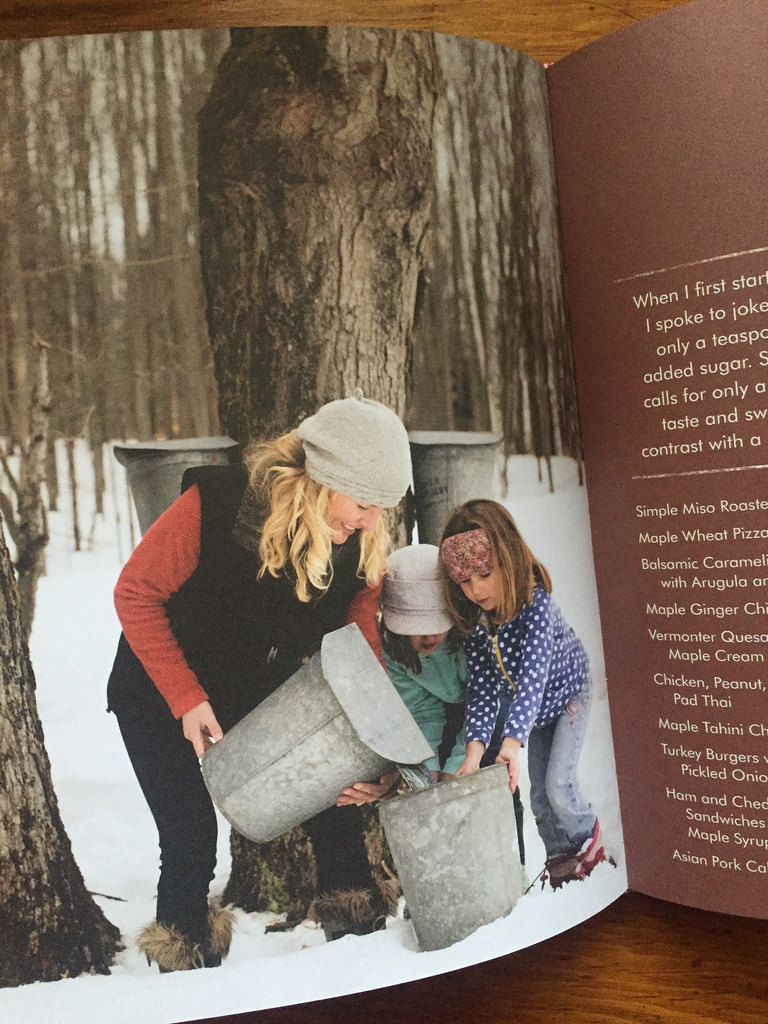 Katie and her daughters collecting sap from maple trees. Don’t you just wish you could bundle up and pop yourself into that scene right now! 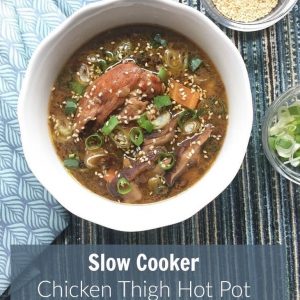 The secret to Katie's slow cooker success starts with the chicken, which she first browns on both sides in a skillet. The addition of vibrant flavors from maple, five-spice powder, crushed red pepper flakes ... and the addition of lots of veggies, make this a winning recipe in my book. Recipe courtesy Katie Webster, author of Maple (Quirk Books, 2015).
Ingredients
Instructions
3.5.3226