There’s nothing more all-American than apple pie, but at well over 400 calories in a slice (and that’s without the vanilla ice cream!), I decided to give this classic dessert a healthy makeover … while keeping all the great, time-honored flavors. 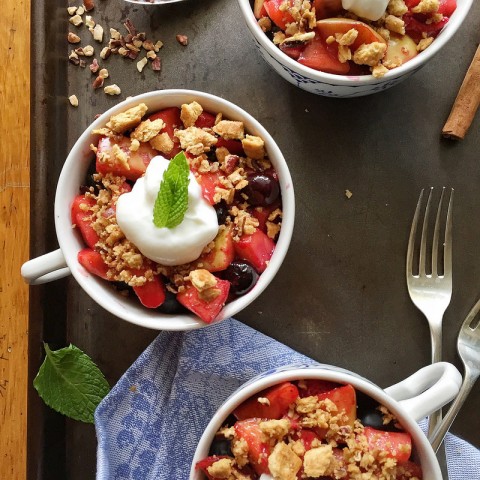 The filling for this Apple Pie Deconstructed relies on the natural sweetness of apples, blueberries, and strawberries and calls for just half a tablespoon of brown sugar. There’s nothing gooey or gloppy about this filling. And the crust is a lot lighter too. With just 1 tablespoon of butter, it’s more crumble than crust.

My apple pie version has under 200 calories, which is not bad for a dessert! 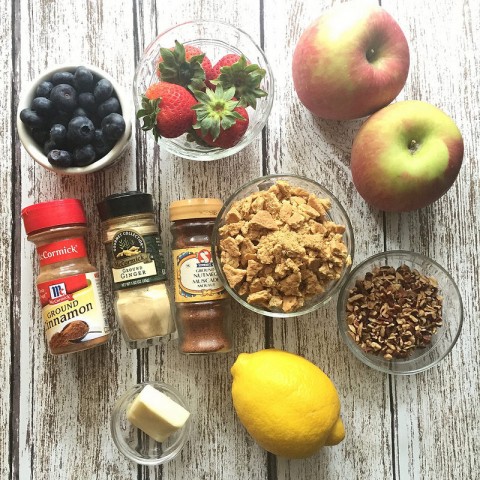 Just in time for summer and July 4th, this month’s Recipe Redux cooking challenge features healthy makeovers of sweet and savory pies. I’ve never been much of an apple pie lover (I tend to gravitate to fruit crumbles and crisps instead), so I took creative license with traditional apple pie by deconstructing it. 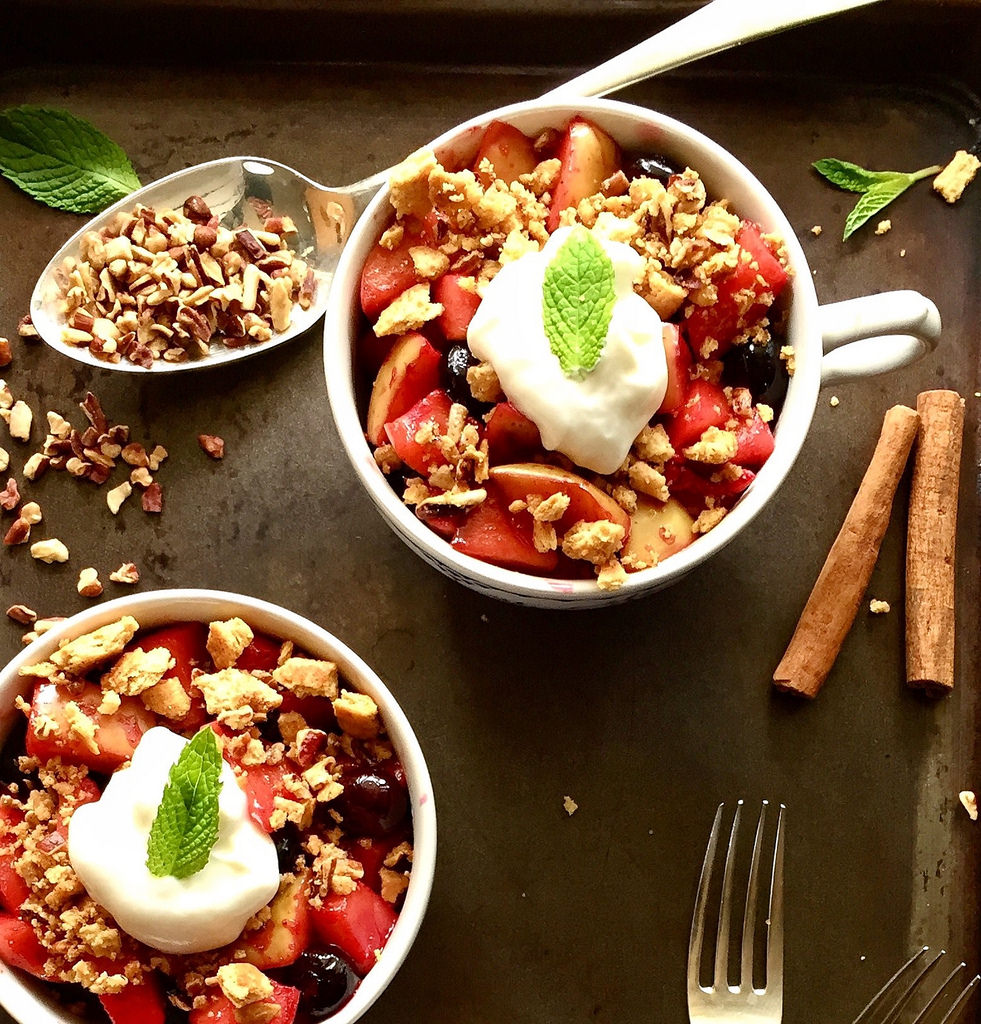 As for the a la mode part of this recipe, I opted for Greek yogurt instead of vanilla ice cream. It’s still rich and satisfying, but just a whole lot healthier. 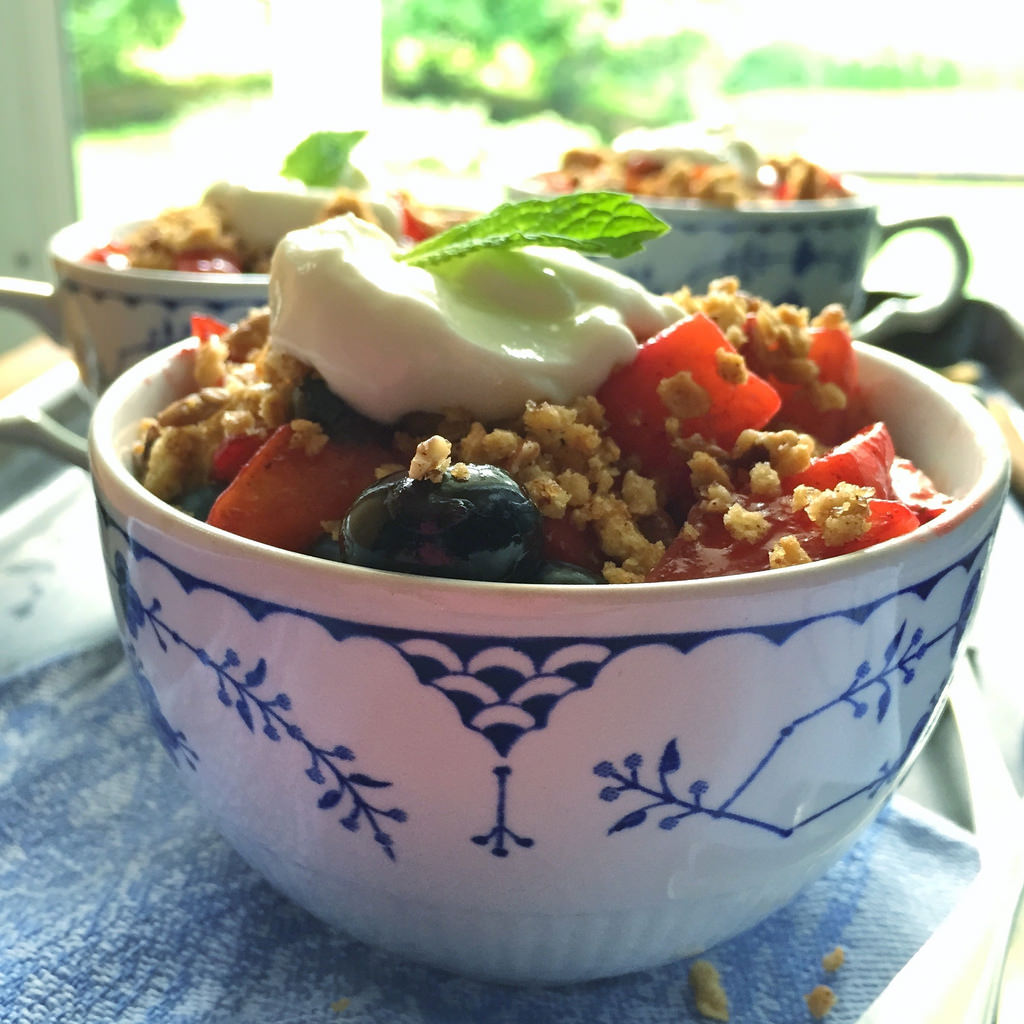 Served in tea cups or little bowls and topped with vanilla or plain Greek yogurt, your kids will adore my better-for-you “pie.” 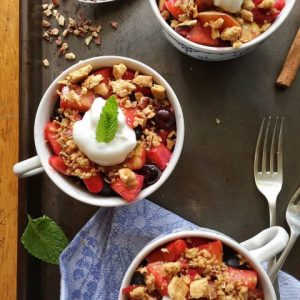 All-American apple pie a la mode gets a healthy makeover with this deconstructed apple pie. Made with less sugar and butter and a Graham cracker crumble topping, it's dramatically lighter ... but just as delicious. Serve with plain or vanilla Greek yogurt on top.
Ingredients
Filling:
Topping:
Instructions
Notes
Each serving has 40% vitamin C.
3.5.3226