Slow cooked pulled pork is a favorite recipe from No Whine with Dinner. Made with lean pork, bell pepper, onion, carrot, and BBQ sauce, it’s delicious and nutritious … and the recipe always makes enough for leftovers.

Pulled Pork in the slow cooker can easily be turned into these Pork Soft Tacos. Cook Once and Eat Twice is the theme of this month’s Recipe Redux cooking challenge, so I took leftover pulled pork and morphed it into Pork Soft Tacos. 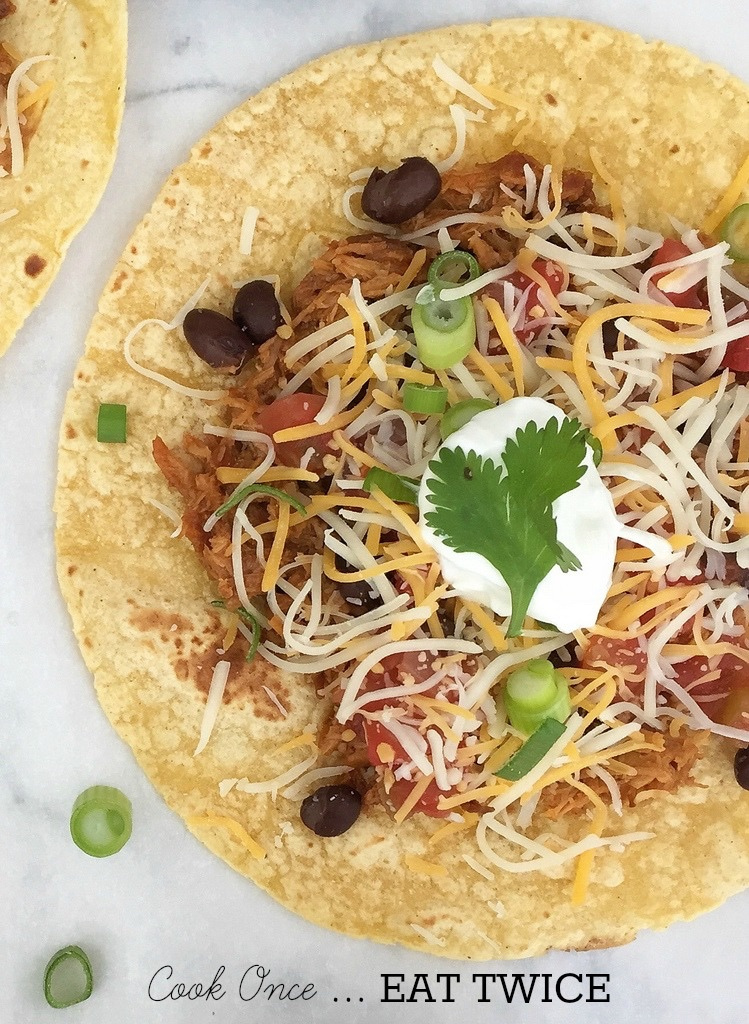 This “recipe” is pretty flexible. Take soft corn tortillas and heat them in a skillet or microwave. Arrange a quarter cup of leftover pulled pork down the center and add your favorite toppers: black beans, sliced green onions, shredded low-fat cheese, fresh or jarred salsa, low-fat plain Greek yogurt, and cilantro. I would have added diced avocado but I didn’t have a ripe one on hand. (Bummer.) 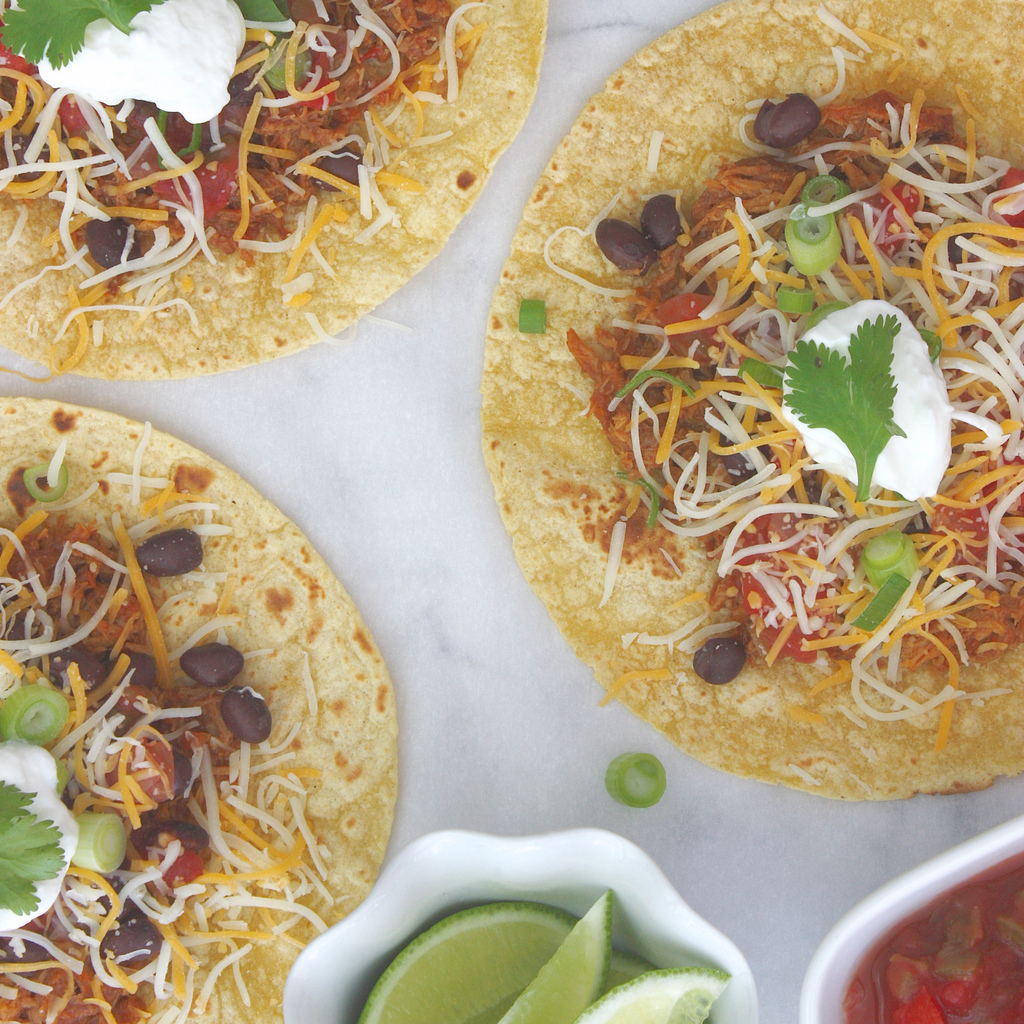 Pulled pork in the slow cooker can be turned into a topper for nachos, mixed in with mac & cheese, made into quesadillas or added to a salad, or used as a topping for pizza. You can also use in savory sandwiches or use as a topping over twice-baked sweet potatoes with chopped apple and shredded Cheddar cheese.
Ingredients
FOR THE SLOW COOKER PULLED PORK
FOR THE SOFT TACOS
Instructions
3.5.3226

Buy now!
Instagram
I made this light and luscious Brussels Sprouts Gr