Are you the kind of home cook who makes meals on the fly, or do you look for inspiration from cookbooks, food bloggers, and celebrity chefs? Currently, my favorite chef and cookbook author is Yotam Ottolenghi. With four cookbooks under his apron strings—Plenty, Plenty More, Ottolenghi, and Jerusalem—and restaurants in London, I can’t get enough of his flavor-filled recipes. 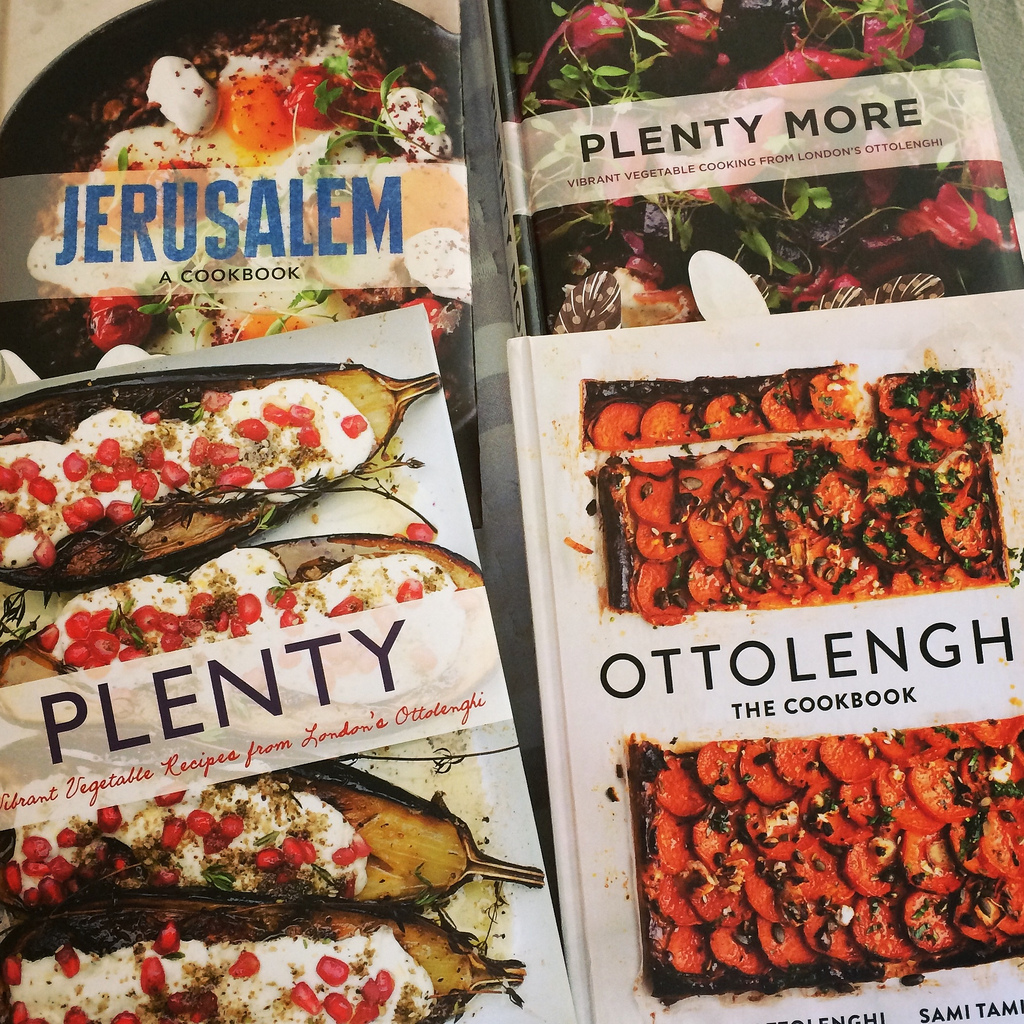 I’m obsessed with Ottolenghi whose cookbooks and recipes feature Middle Eastern flavors with a western twist. 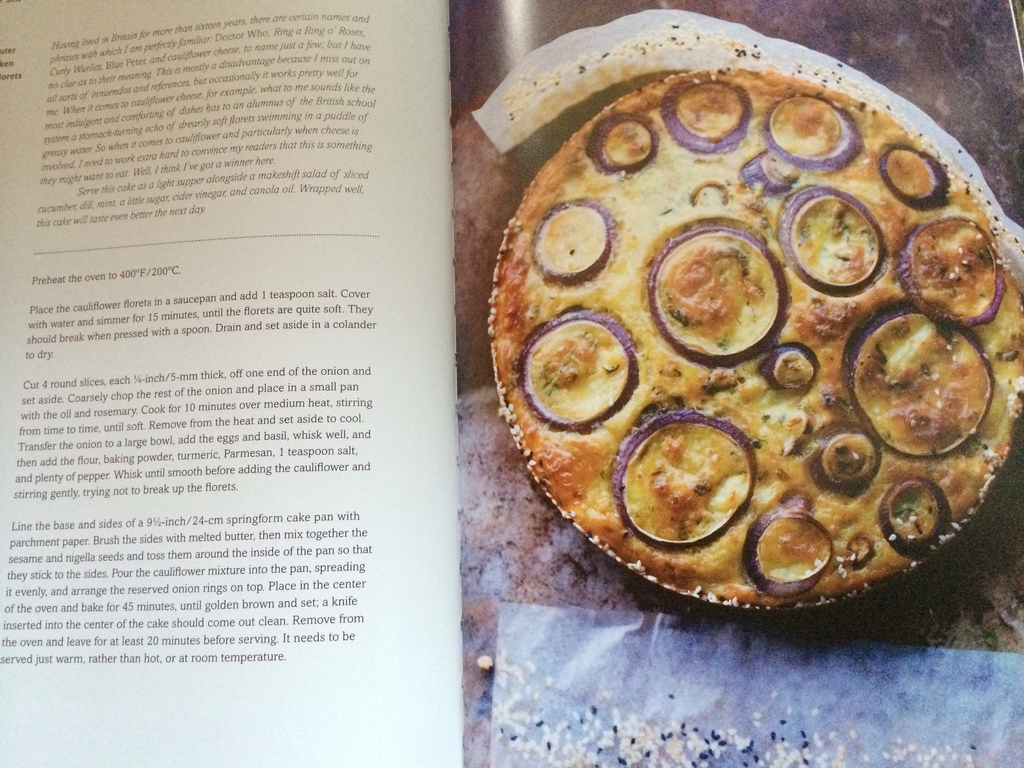 His Cauliflower Cake from Plenty More: Vibrant Vegetable Cooking from London’s Ottolenghi is to die for. 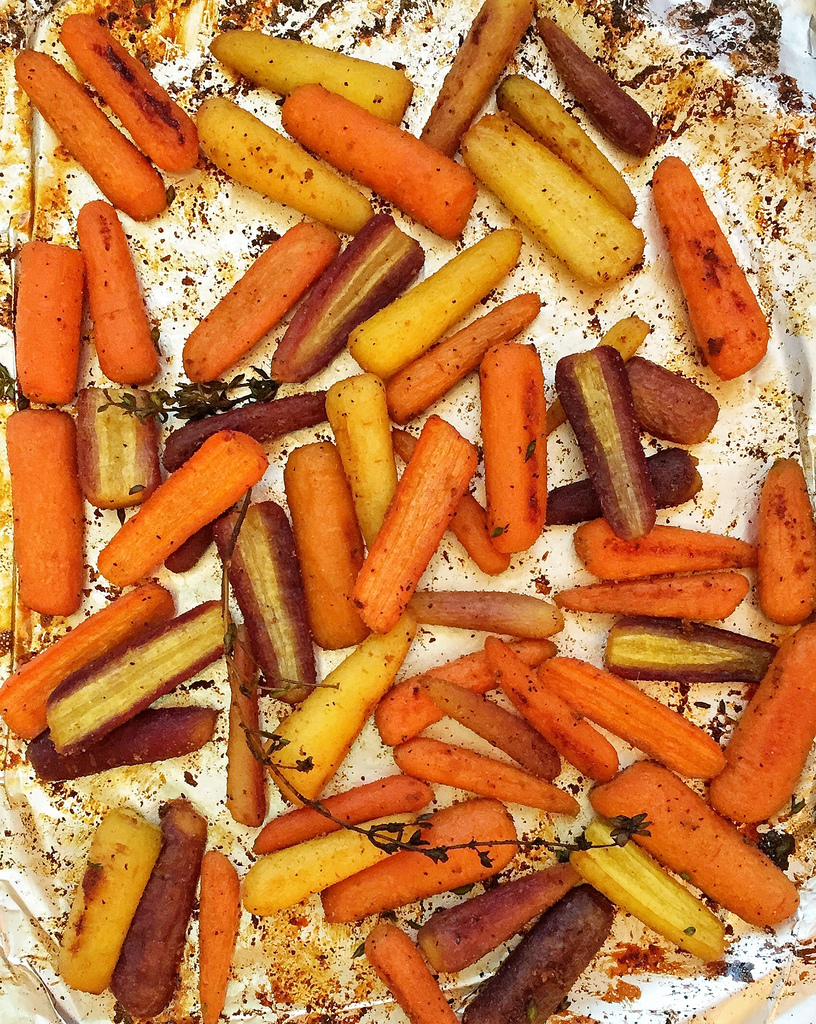 And the honey roasted rainbow carrots I adapted from the same book are equally scrumptious. 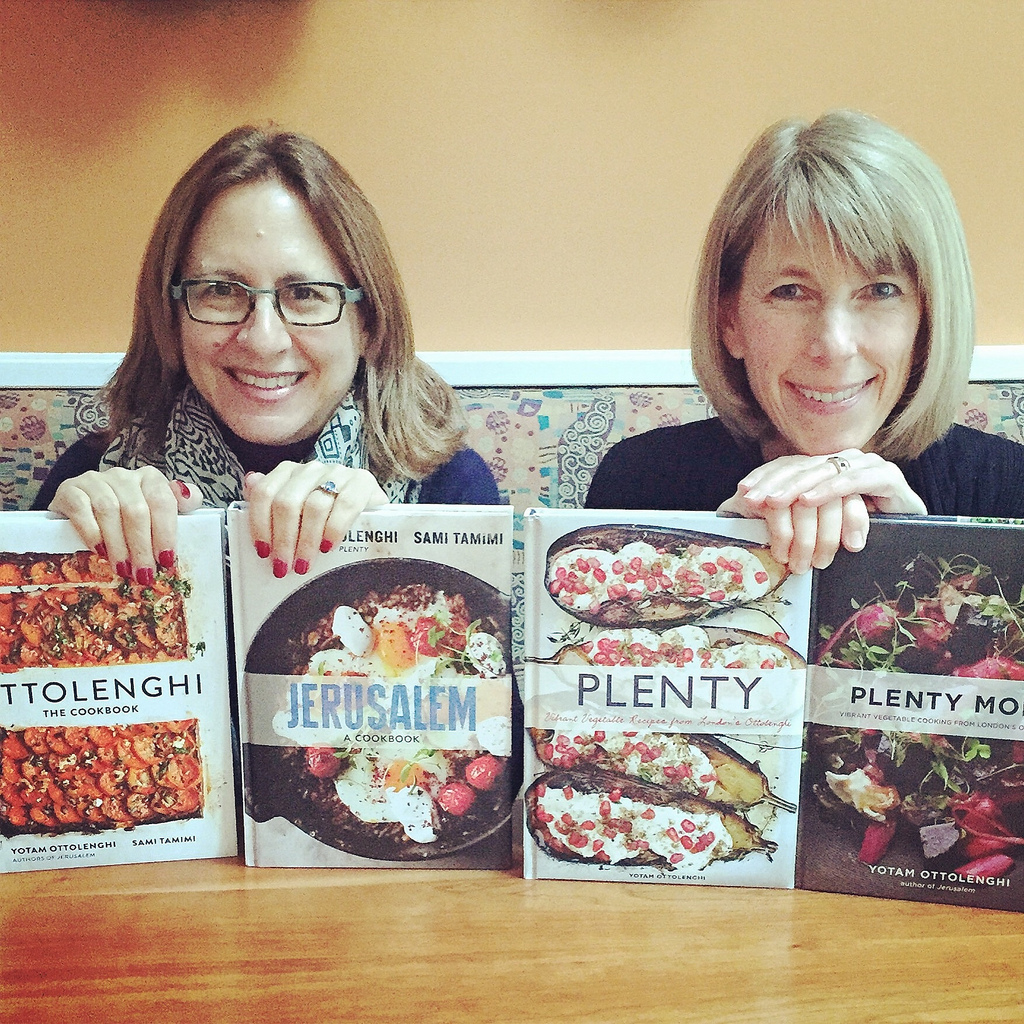 My friend Suzanne is even more infatuated with Ottolenghi (is that possible?), and recently, we hosted a dinner party for friends featuring Ottolenghi recipes, including Salmon Steaks in Chraimeh Sauce and Couscous with Dried Apricots and Butternut Squash. 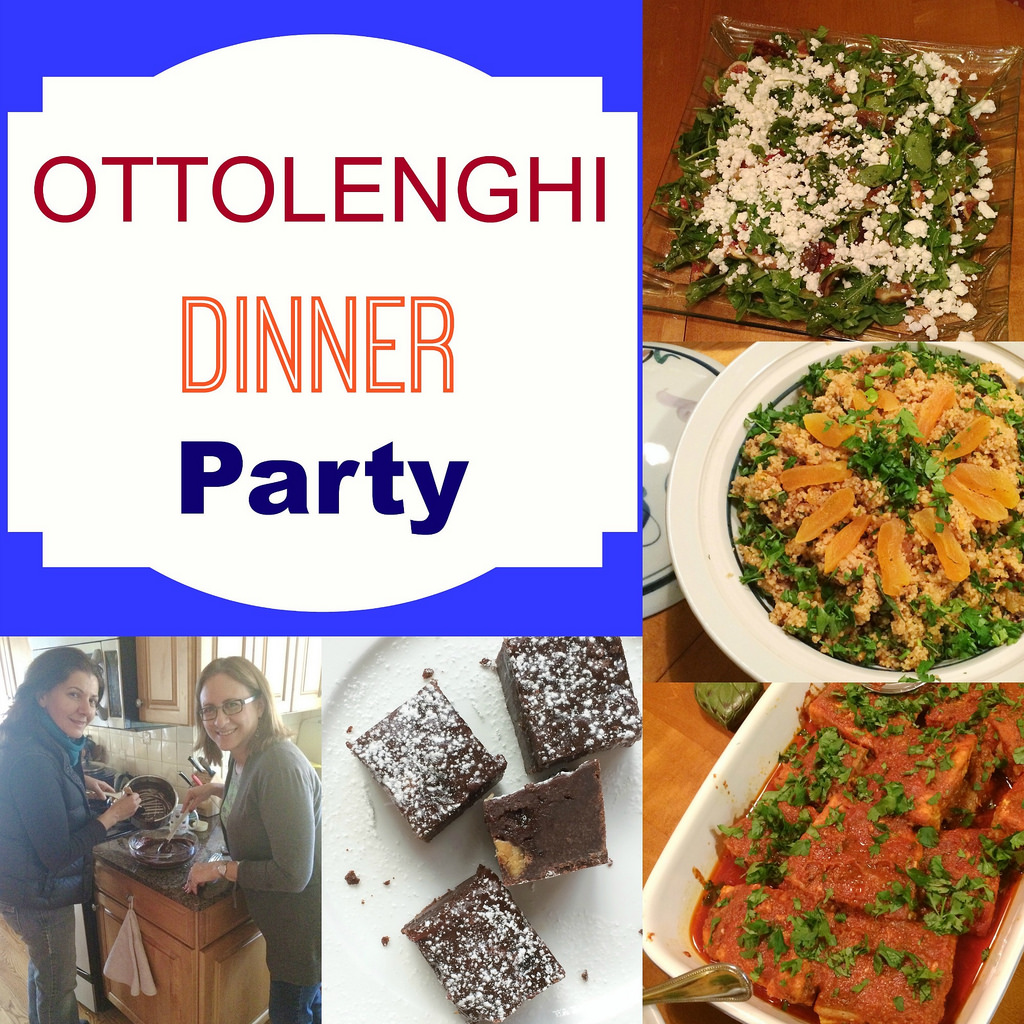 For the dinner party, we looked through Ottolenghi’s four cookbooks and chose seasonal recipes to assign to ourselves and our friends.

I hosted the dinner and there were a total of five couples, Everyone showed up with a dish and then shared their experience with the recipe. Favorite recipes from the night were the salmon, couscous, fig salad, and brownies.

I love the idea of using a series of cookbooks as a theme for a dinner party. What about you?