Red, orange, green, and yellow bell peppers remind me of colorful Christmas tree ornaments, so use that to your advantage this holiday season to introduce your family to nutrient-packed peppers. 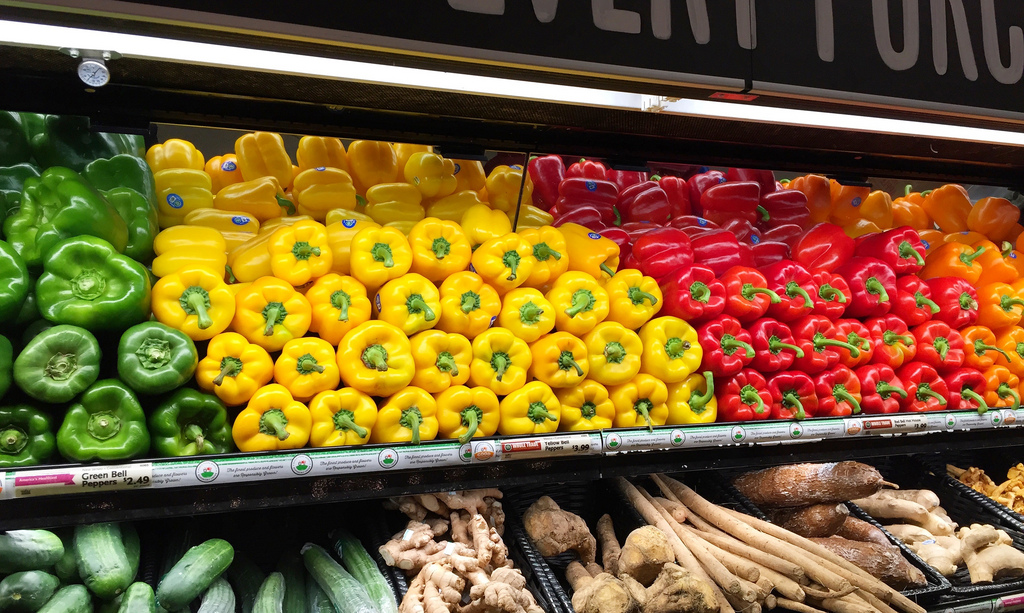 Rich in vitamins C and A, peppers are versatile, crunchy, and filled with big flavors. You can slice them and serve with this Rainbow Veggie Dip, saute and add to pasta dishes, soups, and tacos and wraps … 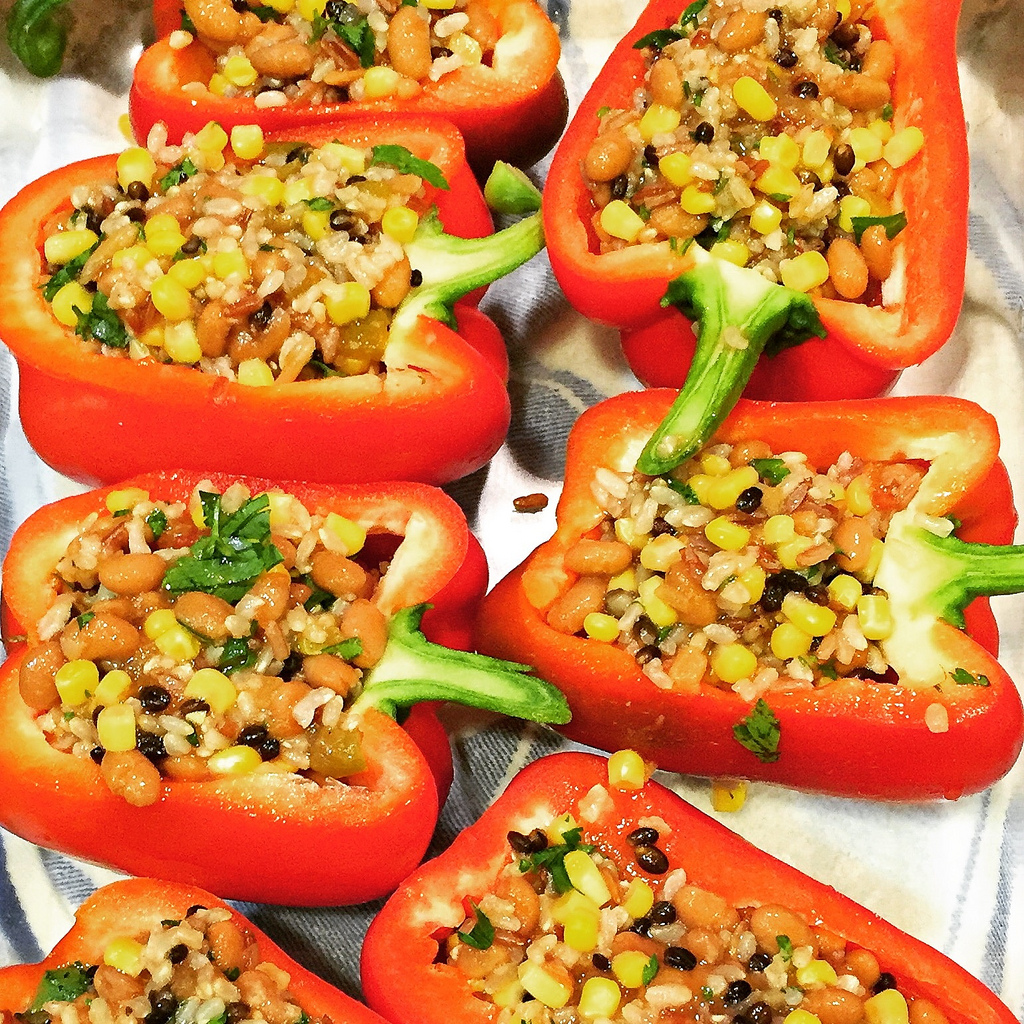 … or use them as the foundation for these fun-to-eat Corny Bean Bell Pepper Boats.

My stuffed pepper recipe is vegetarian and gluten-free, and if you leave out the cheese, it’s also vegan. 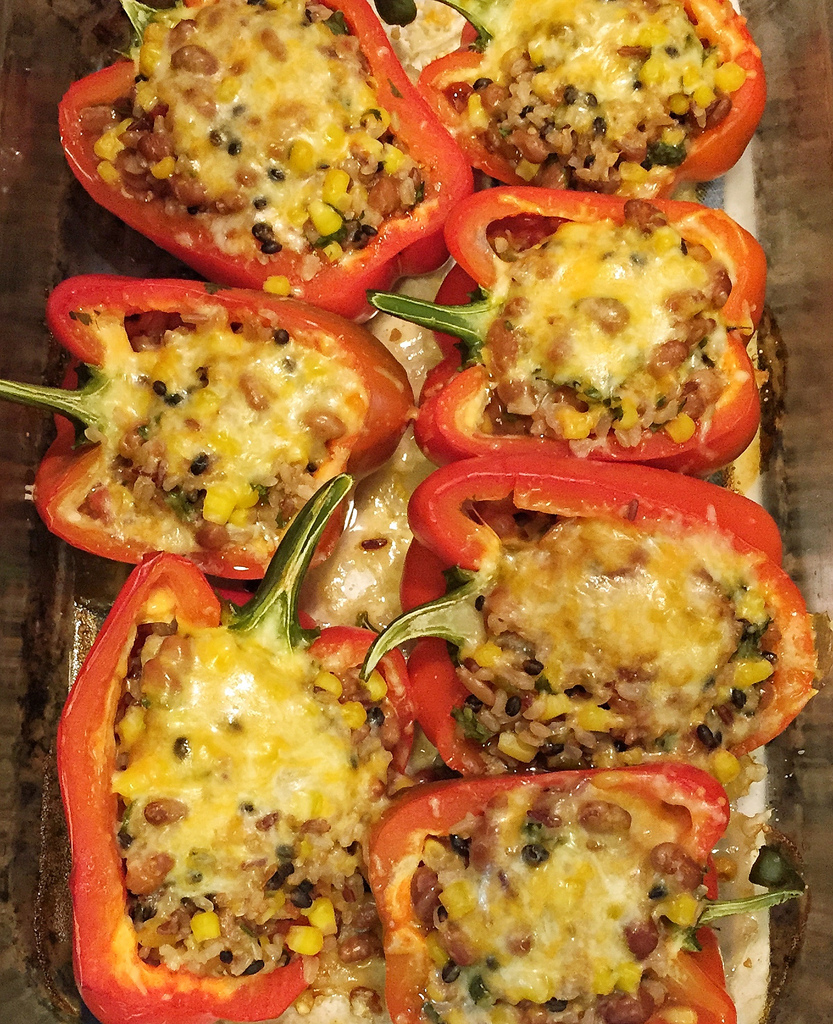 My vegetarian stuffed peppers are filled with a mixture of canned baked beans, corn kernels, rice (I used a frozen rice medley from Trader Joe’s), salsa, and cilantro. If you’re a cilantro hater, just leave it out! 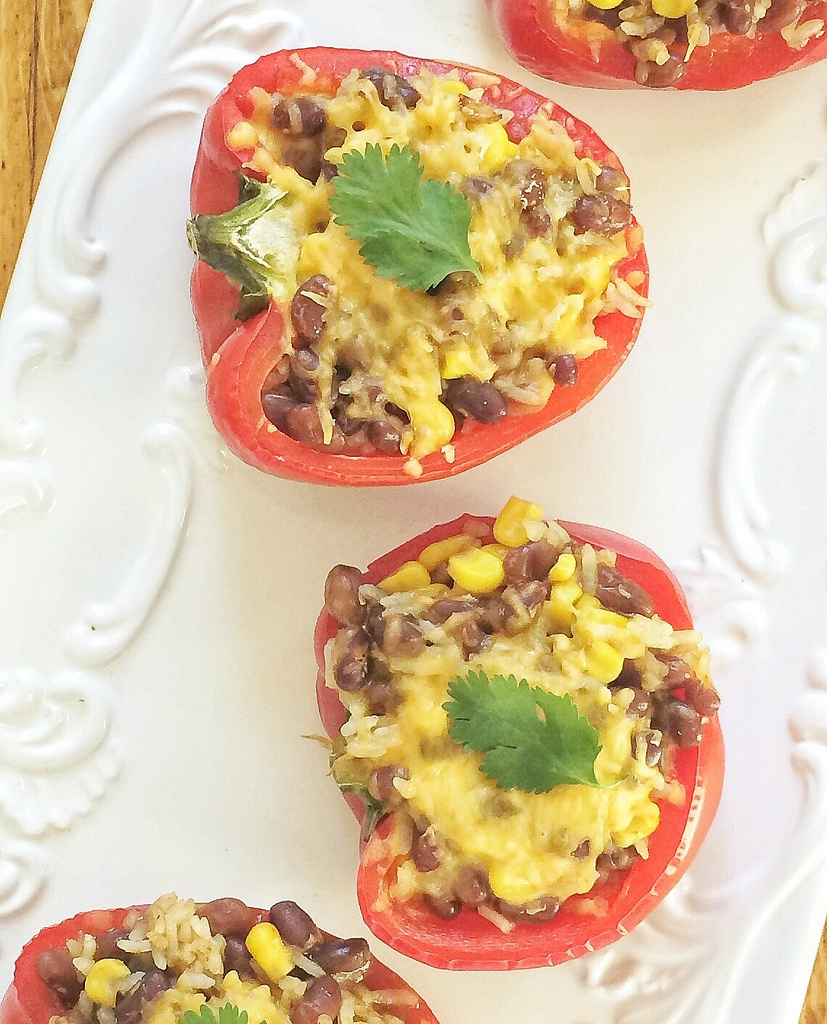 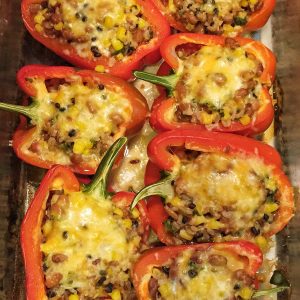 I use red bell peppers for this recipe, but any color would work well. As for the filling, you can shake that up too by adding veggies like chopped kale or spinach or toss in some diced cooked chicken or sausage.
Ingredients
Instructions
Notes
Each serving has nearly a day's worth of vitamin A and over 200% of your daily requirement for vitamin C. Your immune system will thank you!
3.5.3226
What other recipes are you making this holiday season?

This time of year, I love cooking with pumpkin, bu