My boys could drink smoothies all day as long as the color suits their fancy. For years, I’ve been making strawberry smoothies, mango smoothies, and blueberry smoothies, so when I suggested they try a “green” smoothie, they asked, “what makes it green?” When I answered, “baby spinach,” they pretty much freaked out. Josh and Simon are teenage boys, so they eat almost anything that passes their lips, except, apparently, green smoothies made with spinach! 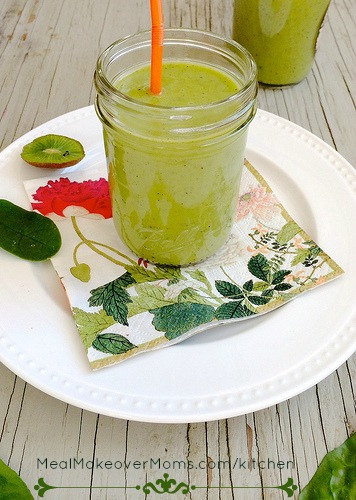 Determined to convince the boys that since they like spinach and smoothies they’d like my green smoothie, I set out to create a green-colored smoothie any kid would WANT to drink. Here’s what I came up with after chatting with dozens of my fans on Facebook. 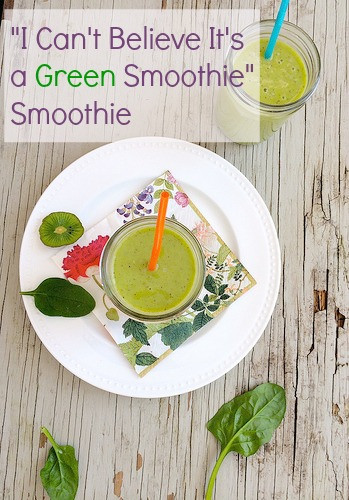 My smoothie didn’t taste “green,” in my humble opinion. I loved it… 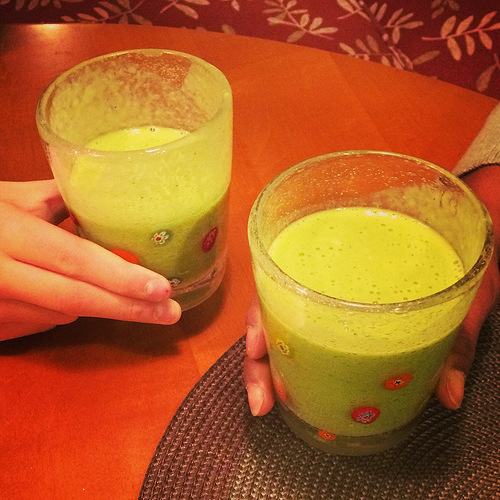 As for the boys, Josh liked it a lot, Simon was lukewarm (he’s not a kiwi fan, so maybe that was the deal breaker), and Simon’s friend who happened to be over for the taste test, drank the whole thing. Would I make this smoothie again? Absolutely. But I’ll probably just share it with Josh next time and blend up a different concoction for Simon! 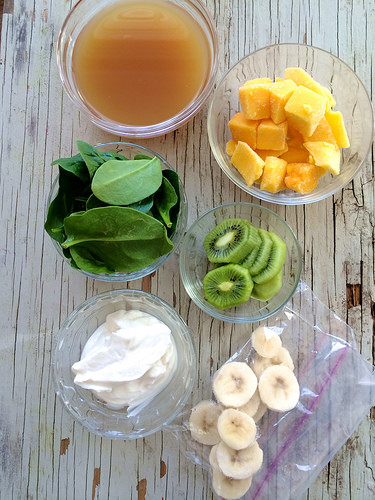 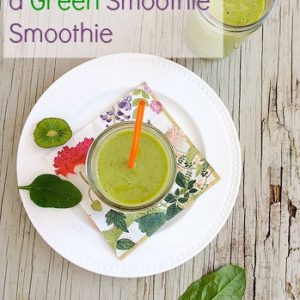 Imagine one delicious and refreshing fruit smoothie bursting with 5 grams of fiber, 100% vitamin C, 25% vitamin A, and 7 grams of protein. My power-packed green smoothie is so nutritious (and yummy), you'll want to make it again and again!
Ingredients
Instructions
Notes
25% vitamin A, 100% vitamin C per serving
3.5.3226