Read on to see how to make these better-for-you Whoopie Pies and to see how fun they are for kids to eat. 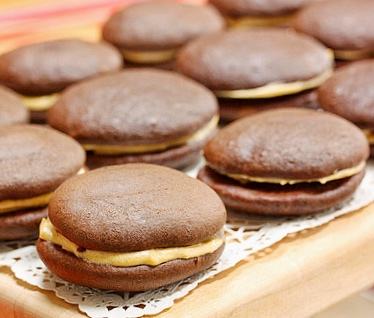 Not that I’m dating myself or anything, but it seems like just yesterday – the spring of 1993 to be exact – that the Food Network was first launched. I’ve seen a lot of shows come and go, and for the most part, the recipes I see on FN is pretty rich and decadent. Long story short, when Boston University graduate students, Cristine and Ashley, interned with with me this past winter and spring, I cooked up a fun project for them: Give some of Food Network’s most indulgent recipes a healthy makeover. 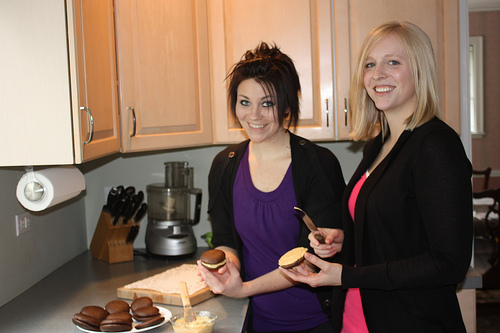 Cristine and Ashley poured over the FN website and came up with a few recipes they were itching to rescue including the Neely’s Whoopie Pumpkin Pies. For the “Throwdown,” here’s what they cooked up:

– Replace some of the all-purpose flour with whole wheat flour 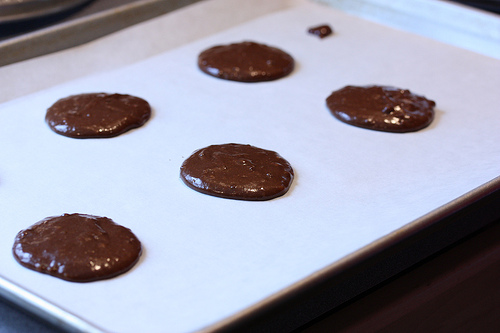 This batter is pretty sticky; it’s similar to a brownie batter. But trust me, it works every time.

The cream cheese frosting is light and fluffy.

Ingredients
For the Cakes:
For the Filling:
Instructions
Notes
30% vitamin A in every pie!
3.5.3251

If you try this recipe, let me know what you think. It’s a dessert I’ve been making now for years, so I hope you’ll give it a whirl. 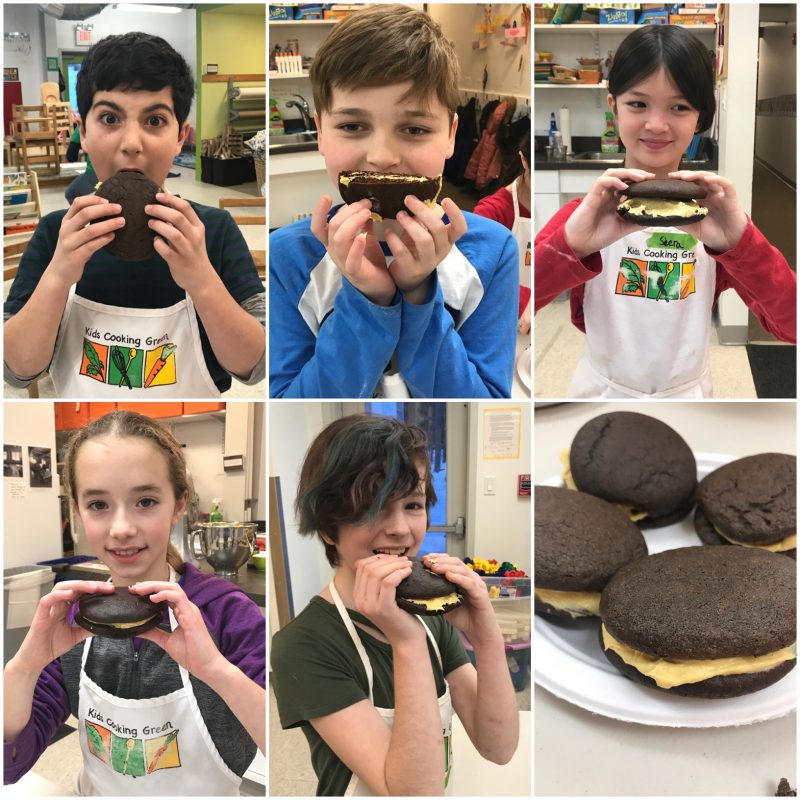 I recently made the Chocolate Pumpkin Whoopie Pies with 3rd, 4th, and 5th graders for a Kids Cooking Green class in Lexington, MA. As you can see, they supersized some of the pies and loved every bite!